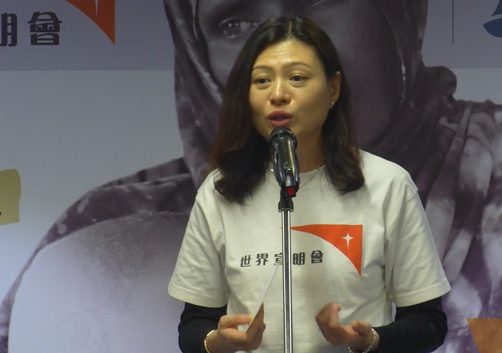 Macau Famine 2020, a charity campaign including a core event that requires its participants to refrain from eating for 10 hours, is expected to generate about HKD1.1 million in cash donations.

Amelia Che, Macau Office Director for World Vision, the international Christian charity organizing the campaign, announced this projection at a press conference yesterday held to announce the opening of the campaign.

Che recalled that the benchmark for the same campaign, known as the Macau Famine, is HKD1.1 million each year. Last year, the organization managed to attract about HKD1.2 million in donations from the campaign.

She is confident that the campaign this year will meet its benchmark. “Referencing the donations received from previous years, as well as the programs this year, I believe we will reach the benchmark,” said the office director.

Individuals from both the private and public sector have expressed concern over the city’s economic performance this year. “We have events suitable for different people,” explained Che. “Our lai see [red envelopes] and flag-selling events have been proven very effective in attracting donations.”

The two events, the former of which is officially known as “A Lai See Per Student,” accumulate small contributions from the general public to expand donations. Last year, the charity attracted over HKD500,000 of cash donations from schools in the lai see event.

Macau Famine has a core event, the Famine Camp, which requires its participants to fast for 10 hours. It is held to allow participants gain a vivid experience of staying hungry, alongside promotional sessions held during the camp. This year, it will be held on May 17.

World Vision is responding to hotter weather and tough meteorological conditions that put those living in poorer countries in life and death situations, the charity noted. It is calling people to act against climate change by conserving energy and reducing their waste.

Drinks sponsored by Coca-Cola will be provided to participants at the Famine Camp. When asked if she has discussed waste and recycling issues with the sponsor, Che said, “We have made agreements with Coca-Cola to provide water in barrels. Therefore, participants are encouraged to bring their own reusable tumblers or bottles to use at the Camp.”

Companies interested in helping also have the option of joining the “One-meal Famine” event or souvenir sale.

Regardless of whether people are joining any of the events, donations can be made directly via Tai Fung Bank, Bank of China, or by check.