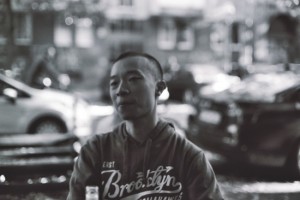 If inherent creativity and years of experience in video production was all it took to produce a good film, local translator and interpreter Cheong Kin Man’s success would surely challenge that kind of thinking. His latest award-winning short film has premiered at the Canadian International Film Festival.
The Macau-born language enthusiast will receive his 2015 Rising Star Award for “A Useless Fiction” this coming April in the Canadian city of Vancouver. As part of his graduation project for a master’s degree in Visual and Media Anthropology at Freie Universität Berlin, Cheong told the Times that his lack of filmmaking background combined with encouragement from his lecturer and supervisor enabled him to think outside the box, setting him free from traditional cinematographic approaches.
“I did not really have an anthropological nor filmmaking format in my mind,” said Cheong. “My supervisor, Laurent Van Lancker, encouraged me not to do a film in a traditionally structured way, and Kristian Petersen, my poetic framing teacher, told me in the very beginning of the filmmaking process that I could do whatever I would want to. I felt totally free throughout [the process].”
According to the filmmaker, the 31-minute short took less than three months to finish before it entered the film festival’s “Experimental Film Competition.” For Cheong, it was nothing more than a fruitful result after two years of studies, which offered him fresh insights into perception of this world through cinematography.
Born and raised in the former Portuguese enclave, the film enthusiast expressed how he felt compromised by the overwhelming power of language and complex cultural divisions throughout his life, which he sought to reflect in what he described as “a series of multilayered fictive or true stories through visual, [aural] and textual manipulations.” 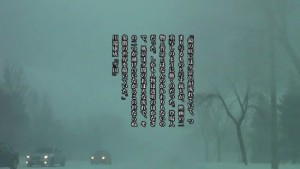 “In the film, I tried to show how I had been struggling among many kinds of contrasts from different cultures and ways of thinking through languages,” said the filmmaker, who also described himself as “too greedy” since he intended to squeeze his longtime struggles against cultural complexity in the half hour film.
Inspired by Kon Ichikawa’s film and Michio Takeyama’s novel, and the multiculturalism in Singapore (where he spent two months on a sociological research internship), the fickle filmmaker initially could not settle on a particular idea for his production project. He finally decided to present his lifelong dilemmas and struggles to the audience. His intended idea was to continue a previous project on local Macau identity, which he called an “amateur documentary” and was completed in 2009.
The film’s English name, “A Useless Fiction,” was actually a translation from the official international title in Portuguese. Cheong told The Times how baffled he felt while editing the film and writing its thesis, yet it was this confusion that gave birth to the film’s name.
“The idea came from the nothingness in Buddhism explained by the Japanese monk, Mumon Yamada.”
“I was very confused during the editing and thesis writing process where I saw my film as totally useless,” he said, adding that the film also showcases his confusion and bafflement during that time, which he found difficult to explain in words.
Following the Canadian film festival’s recognition of his efforts, the filmmaker would like to express his heartfelt gratitude to those who helped him along the way. Cheong said: “There are too many friends to whom I really wish to thank. First of all, I need to say thank you to my mother Ho Hang Fan for her endless support and love, [also] to songwriter and singer Hsu Shi-tien from the United States for her beautiful voice, and Dabin Park from Korea for her patience in rewriting my script in Korean.”
The Canadian International Film Festival ranks among the top film festivals in Canada. It is running for the ninth consecutive year, bringing Canada the very best of world cinema from over 90 countries around the world. Each year, the festival awards the top films and filmmakers, writers and actors in all main categories. Staff reporter

Illustrator’s artwork to be displayed

Talented local artist Eric Fok will present a new collection of artwork in his first solo exhibition for the year, which will be held at AFA Macau from 26th March to 25th April.
Making its first appearance this Thursday at the exhibition, called “Landfall – Works by Eric Fok,” is the young illustrator’s brand new series, “1513.” According to the artist, the idea of the title originated from the year when Portuguese voyagers first set foot in the city, illustrated through Western painting.
In 2013, the local artist’s work was included in the “Bologna Illustrators Exhibition,” where only 77 out of 3147 participants from around the globe had their illustrations on display. He was one of the only two Chinese artists in the internationally renowned exhibition