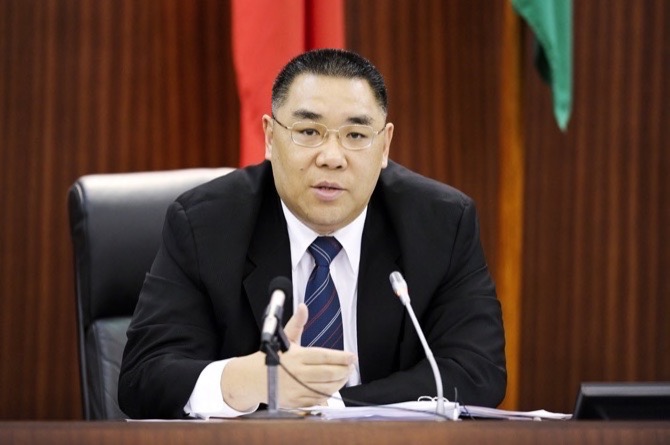 When in 2009 Chief Executive ‘candidate’ Chui Sai On presented his manifesto, Macau was living in troubled times under the shadow of the corruption scandal involving the former Secretary for Transport and Public Works, Ao Man Long. Ao had, in the previous year, been found guilty of 40 counts of bribe-taking, amongst other crimes, and sentenced to 27 years in prison.

With the case clearly on the collective mind of Macau, the candidate, or near-candidate Chui, presented a manifesto where he highlighted efforts in creating a “clean, honest and efficient government,” as his main target, also addressing the intention of initiating a timetable for the reform of the political system in Macau toward universal suffrage.

At the time Chui said, “I’m willing to listen to the people. If I am elected, I will listen to the residents’ opinions. Then we will analyze them to begin this gradual process.”

On Wednesday it was Ho Iat Seng’s turn to begin to address his manifesto, nominating topics such as housing, transport, and the youth as his main concerns.

“[These] are [the problems] that we have to deal with on a daily basis and that we can’t possibly [ignore] as they are issues that concern the whole society,” he said, apparently picking up from where Chui left off in 2014.

That’s because Chui, standing for re-election in 2014, also said he would be concerned primarily with issues of livelihood.

In this manifesto, much more specific than his first and focusing on people’s livelihood, Chui gave priority to issues such as housing, transport, environmental protection, social security, and human resources. 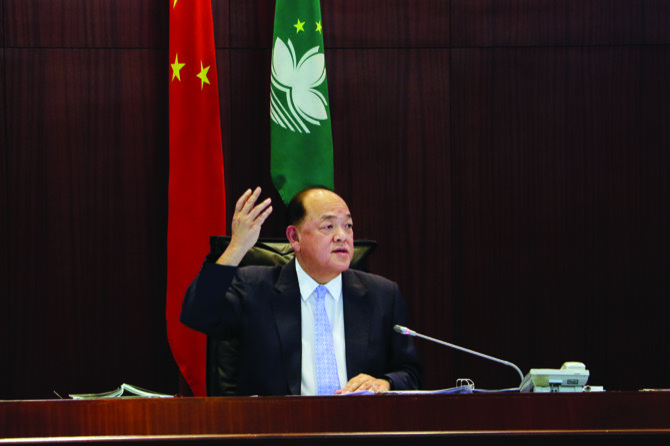 He was also keen to demand much more from gaming operators, not only for Macau residents but also for the non-resident workers. Regarding the livelihoods of the non-resident workers, Chui said at the time that “casino operators should facilitate the provision of accommodation and transportation to their migrant workers,” although again he failed to elaborate on what such idea would represent in practical terms.

Curiously enough, at the time, his 2014 manifesto was presented in Chinese, Portuguese and English, although the English version was “for reference only.”

Another difference in Chui’s election platform in 2014 is that he did not need to face down the type of antagonism he faced back in 2009.

At the time, Chui faced a significant amount of criticism and popular opposition with groups of residents creating Facebook groups and forums on the Internet criticizing the choice of Chui for the post.

A group of residents even created a bank account with the purpose of collecting donations that would serve to publish adverts in Hong Kong media with criticism of Chui, who had only just recently served as Secretary for Social Affairs and Culture. On the day that Chui presented his manifesto, two people disrupted the press conference voicing criticisms of Chui and his family.

More details on Ho’s manifesto will only be known after the official candidacy presentation, expected to happen within the next couple months. He is currently the only declared candidate to become Macau’s third Chief Executive.