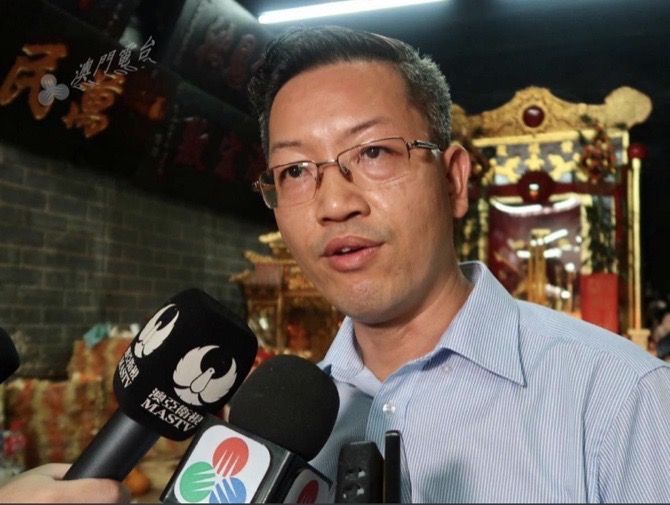 In a surprise announcement on Friday, a local businessman declared his intention to run for the city’s top post. Concluding religious rituals at a Chinese temple near Kiang Wu Hospital, Leong Kuok Chao, a director at an investment consultancy firm, said he would stand on a grassroots platform.

Leong says he will become the second candidate in the race for Chief Executive. The incumbent president of the legislature, Ho Iat Seng, resigned from his post on the Standing Committee of the National People’s Congress earlier in order to participate in the election.

Little is known about the surprise candidate, who has been out of the public eye for more than a decade, and has a light digital footprint.

According to the Chief Executive Election Law, to be admitted to the election a candidate needs to earn 66 nominations from the Election Committee. The committee consists of 400 members who will eventually decide the next CE.

Leong said he is confident about receiving sufficient nominations to actually run for the post. He also said it was his intention to participate in the election and that he made the decision out of his sense of responsibility to Macau. He stressed that he is allowed to do so by law.

Leong pointed out that over the last 20 years, Macau has been held in the hands of the business sector. Leong, who says he is one of the common people, believes he can speak on behalf of the grassroots, so other potential candidates can become aware of the general public’s needs.

Social affairs such as housing and transportation are the most pressing issues for him and Macau residents, he said.

In 2005, Leong ran on the legislative election in a list named Macau Association for Democracy and Social Welfare (ADBSM) led by Wong Cheong Nam, who was a former lawmaker and ally of the late Alexandre Ho. The list received 4,358 votes, but not enough to win a seat.

The last time a Chief Executive election had more than a single candidate was Macau’s first, in May 1999, in which Edmund Ho emerged victorious. Staff reporters