China bans wife of jailed Taiwan activist from visiting him 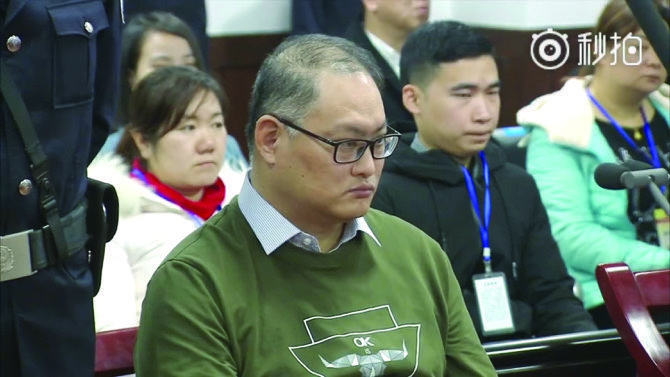 China has banned the wife of a Taiwanese human rights activist jailed in China from visiting him for three months due to alleged improper behavior, a government spokesman said yesterday.

Lee Ching-yu made false statements and “interfered with prison operations” during and after a visit last month with her husband Lee Ming-che, the spokesman for the Cabinet’s Taiwan Affairs Office, Ma Xiaoguang, said at a regularly scheduled news conference.

Lee’s husband, Lee Ming-che, is serving a five-year prison sentence at Chishan prison in the central province of Hunan after being convicted by a Chinese court in November 2017 on charges of subverting state power.

A college program director, Lee Ming-che was found guilty of subversion for holding online political lectures and helping the families of jailed dissidents in China, to which he had traveled often. He disappeared into the custody of the security services shortly after entering China in March 2017, when he’d planned to meet with a friend.

Lee’s arrest was viewed as a sign that China’s ruling Communist Party is seeking to extend its intolerance to criticism even outside its borders. The party allows no challenges to its authority and claims sovereignty over Taiwan, a freewheeling democracy with personal and political freedoms largely unknown on the mainland.

Beijing vows to use military force to gain control over Taiwan and has raised pressure on the island’s government since the election of President Tsai Ing-wen, whose Democratic Progressive Party advocates for Taiwan’s formal independence.

China and Taiwan split amid civil war in 1949. AP