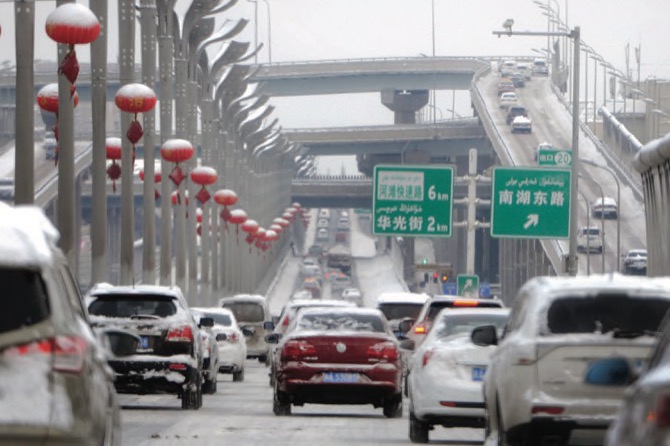 China yesterday attacked a statement by 22 Western countries at the United Nations urging it to stop holding members of its Muslim population in detention centers, calling the measure necessary for national security and accusing the countries of trampling on its sovereignty.

“The Chinese side expressed strong dissatisfaction and resolute opposition,” Geng said, adding that China had registered “solemn complaints” with the countries involved.

“We urge these countries to respect the facts, discard prejudice, abide by the purposes and principles of the U.N. Charter, and stop politicizing human rights issues and intervening in China’s internal affairs with the Xinjiang issue,” he said.

In addition to travel restrictions and a massive surveillance network, China is estimated to have arbitrarily detained up to 1 million Muslims in prison-like detention centers in Xinjiang, with reports of harsh treatment and poor living conditions inside.

China denies committing abuses in the centers and calls them training schools aimed at providing employable skills and combating extremism.

Geng said Xinjiang has not suffered any new violent incidents for more than two years, proving the effectiveness of the government’s approach.

“The happiness … and sense of security of the people of all ethnic groups have substantially improved, and they sincerely support the government’s policies,” he said.

While China restricts access and reporting in Xinjiang, Geng said it would welcome a visit by the United Nations High Commissioner for Human Rights.

“We welcome those who truly uphold the objective and fair principle to go to Xinjiang and look around, but we resolutely oppose any external forces using the Xinjiang issue to interfere in China’s internal affairs and undermine China’s sovereignty and territorial integrity,” Geng said. AP