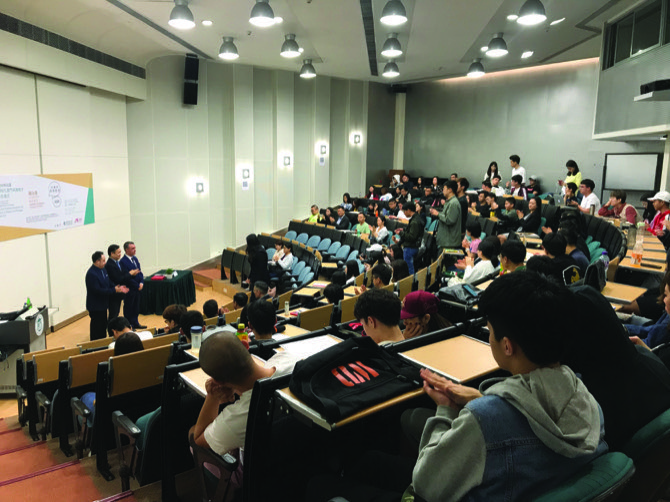 Macau is not a good place for people to start a business, said Derio Chan, President of China Europe International Business Association (CEIBA), during yesterday’s seminar at City University of Macau.

“The opportunity cost is too high in both Macau and Hong Kong. Macau is not suitable for entrepreneurship. There are no ancillary facilities; you cannot find a break point, you cannot find good talented people in IT to form a team,” listed Chan, adding that “even if you have a good concept, you cannot find good people to write the program for you. The city itself is good, but it’s difficult to find a good commercial mode.”

During his talk, Chan said that Portugal, especially Lisbon, may be a good place to start an IT business, because the country is spending to import high-technology and already has a certain degree of knowledge in terms of innovation.

As of today, much bilateral cooperation between Macau and Portugal has been announced, however, in Chan’s opinion, Macau-Portugal cooperation has not really begun.

The next few years represent the beginning of the actual cooperation between Portugal and Macau, according to Chan. However, he says, it will be dependent upon Portugal making a decision whether or not to work with Macau.

“Despite the fact that Portugal has a historical relationship with Macau, it is still not absolutely necessary for Portugal to work with Macau,” said Chan.

“We need to work with other regions. However, it should not just be about signing papers. There needs to be some actual cooperation,” Chan elaborated.

Talking about Macau’s competitiveness when compared to China in terms of working with Portugal, Chan, who is a believer in the market economy, voiced that Macau’s environment is “not letting people feel very free.”