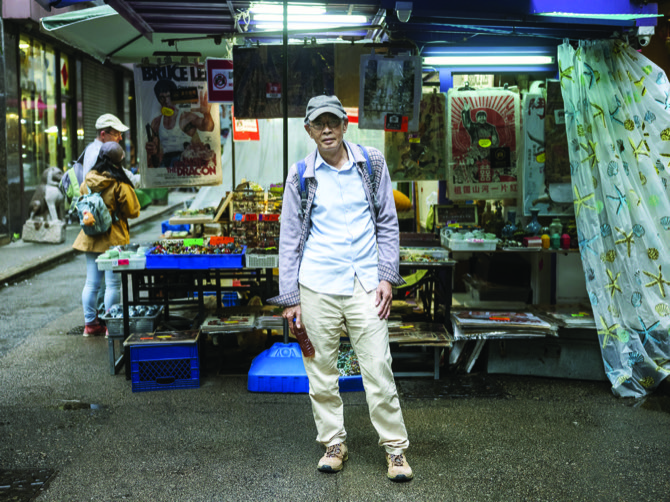 Lam Wing-kee was nervously chain-smoking outside a Hong Kong train station, trying to make the decision of his life. Should he board a train to China and betray his clients by handing a laptop with their names to prosecutors, or renege on the deal he made with Chinese police who had detained him in a solitary cell for months.

After burning through his third cigarette, bookseller Lam opted not to take the train. The decision made him a celebrity after he told the media about his deal with the Chinese authorities. It also made him a fugitive who could never go to China again without fear of imprisonment.

That was nearly three years ago. Since then, Lam has been protected by rules dating back to the time of the former British colony’s handover to China that prevent extradition of Hong Kong citizens to the mainland. Now, that protection could be lifted by a proposed amendment to the law, and Lam is not the only one who is worried.

“The impact would be huge,” Lam said in an interview in Hong Kong, shortly before leaving for Taiwan. “It could affect everyone in Hong Kong.”

The proposal, which would make it easier to transfer fugitives to Taiwan, Macau, mainland China or any other jurisdiction that doesn’t have an extradition agreement with Hong Kong, has spooked rights groups, lawyers and business organizations including the U.S. Chamber of Commerce.

Hong Kong-based billionaire Joseph Lau, ex-Chairman of Chinese Estates Holdings Ltd., fears he may be sent back to Macau, where he was sentenced in absentia to more than five years in prison for bribery and money laundering in 2014.

Those backing the proposed law, including Hong Kong Chief Executive Carrie Lam, say it’s needed to close a loophole so that fugitives can be brought to justice, and they’re pushing to pass it by the end of the current Hong Kong legislative period in July. To support their case, they point to the high-profile murder of a 19-year-old Hong Kong woman while she was vacationing with her boyfriend in Taiwan last year.

The boyfriend, Hong Kong citizen Chan Tong-kai, admitted strangling the woman and folding her body into a suitcase before dumping it on the outskirts of Taipei. But because he made the admission after returning to Hong Kong, he couldn’t be extradited to Taiwan to stand trial for murder. Instead, Hong Kong authorities could only prosecute him for the lesser charge of money laundering.

Carrie Lam said the bill is not “tailor-made” for China. It would treat equally all jurisdictions with which Hong Kong has no extradition treaty, she said.

Detractors argue that Carrie Lam is using the case as a decoy to push through broad extradition powers for herself and the Beijing government, and that changes to homicide rules would be enough to deal with the Taiwan case.

The rule change would be the latest in a series of China-backed assaults on Hong Kong freedoms that have accelerated since the handover from Britain in 1997, critics say. A Hong Kong court this month handed down prison sentences for leaders of the Umbrella Movement pro-democracy protests that disrupted central districts of Hong Kong for about three months in 2014.

Concern about the change in the extradition law increased after a former Chinese deputy minister for public security said mainland authorities have a list of 300 “fugitives” hiding in Hong Kong that should be sent back over the border. Hong Kong security chief John Lee told reporters on March 13 that the territory keeps no data on possible fugitives wanted by China. Under the proposed change, a person could only be surrendered for crimes punishable in Hong Kong by more than three years imprisonment.

“Political criminals will not be extradited,” Lee said. 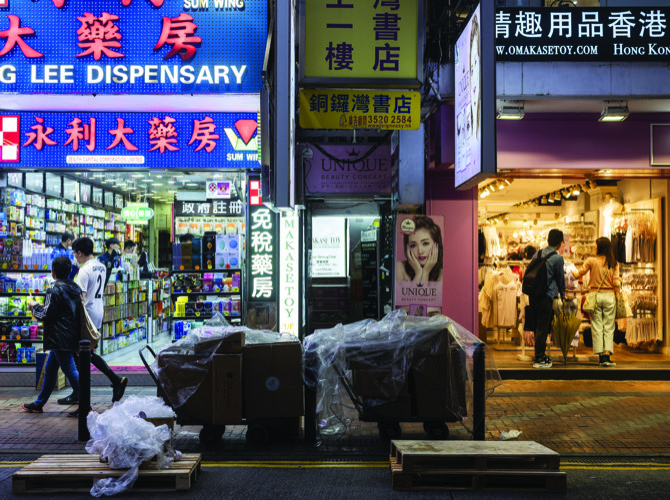 The proposed bill is “a weapon of mass destruction – all-purpose, any time,” said Hong Kong legislator Claudia Mo, who helped Lam Wing-kee, the bookseller, lead thousands of people in an earlier protest on March 31.

Lam’s story has made him the public face of the protest movement. The bookstore he managed in the Hong Kong shopping district of Causeway Bay once carved out a niche selling literature the Chinese Communist Party didn’t want people to read – from thrillers to romantic novels and tabloid gossip on Party bosses. Many customers were Chinese tourists.

Eventually he began smuggling books across the border, determined that people on the mainland should read them. He was caught in 2012 and let off with a warning. But in 2015, he crossed into the mainland again and was whisked into a van, one of five booksellers linked to the shop who disappeared and later said they had been held in China.

What Lam says followed – months of interrogations while being held in a solitary cell in Ningbo without being informed of charges – is the kind of autarchic justice feared by Hong Kongers defending the extradition ban. They say its removal would allow Chinese President Xi Jinping’s government to forcibly extradite people like Lam to the mainland.

In a coffee shop in Hong Kong earlier this month, Lam arrived wearing a ragged baseball cap, rimmed glasses, and the kind of medical mask Hong Kongers use to filter smog or avoid germs. It wasn’t Hong Kong’s air he was worried about. When he’s not in front of cameras, he hides his face in case he’s being watched, he said.

“At least I know that I’m wanted,” Lam said during an interview at the coffee shop. “What about those who don’t know? They are in more danger.”

Lam isn’t sure how Chinese authorities were tipped off to his cross-border deliveries. For years he wasn’t detained, until his Causeway Bay Books was bought by a company called Mighty Current Media. Hong Kong lawmaker Albert Ho told reporters in 2016 that the bookstore’s plan to publish a book about a past “girlfriend” of Xi triggered scrutiny of the shop, although the book was never published.

While Lam was being detained in China, the store was bought and closed. But pop-up stands around Hong Kong continue to sell political books and thrillers with Xi on the cover. There’s even one near Lam’s shuttered shop where a few supporters have scribbled notes on the closed sign asking for an encore.

After about three months in detention, Lam said he was offered his freedom in exchange for becoming an informant and reporting back to China on who was buying which books from his shop. He agreed, and eventually was allowed to return to Hong Kong, where he collected his laptop with the names of clients and authors, as instructed. But then he received news that four other booksellers had also vanished, triggering street protests, and Lam made his decision at the train station not to return to China.

He still wants to sell books. In the coffee shop, he pulled a tome from his backpack called “China’s Modern Religious Ethics and Merchant Spirit,” by Chinese American historian Yu Ying-shih. This type of academic, educational book would be the focus of his next shop, Lam said.

“We want to focus on letting more Hong Kongers or Taiwanese understand how the dictatorship on the mainland was formed,” he said. “You will only know how to deal with it when you know the cause. It is a more inquisitive form of resistance. Some people join protests, but we do it with books.”

One thing was clear. He had no intention of sticking around to see if the law is amended. He pointed two arthritic fingers at the floor like little legs and walked them through the air.

“If the ordinance is passed, I won’t be allowed to leave, because I have been charged with a crime and am wanted for it,” he said.

He stubbed out his cigarette, slipped his mask back on and headed into the street, disappearing into a thin gray drizzle.

“Lam’s quit HK for Taiwan yesterday,” Mo, the lawmaker, said in a message. She posted a picture of the bookseller at the airport on her Facebook page with the hashtag #SelfExile. Blake Schmidt & Natalie Lung, MDT/Bloomberg