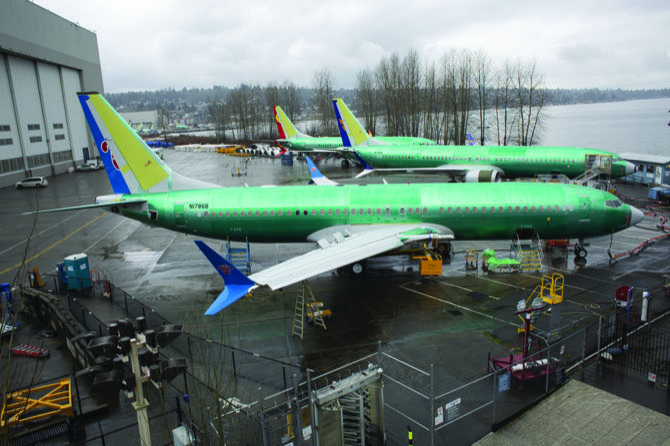 China is looking at excluding Boeing Co.’s troubled 737 Max jet from a list of American exports it would buy as part of a trade deal with the U.S., people familiar with the matter said.

Boeing jets were featured on a draft list of American products China would buy to reduce its trade surplus with the U.S., the people said, asking not to be identified discussing private deliberations. Now, safety concerns are pushing China to examine whether to cut the 737 Max from the list altogether or replace it with other Boeing models after the crash of a plane operated by Ethiopian Airlines led to the aircraft being grounded worldwide, they said.

A reduction in aircraft purchases could make it harder for China to fulfill an offer it’s said to have made to pare its USD300-billion-plus annual goods trade surplus with the U.S. over six years, and potentially delay any overall agreement between the two countries. Worth billions of dollars and a key U.S. export, planes would likely be a key component of any commitment by China to buy more American goods, along with soybeans, meat and natural gas.

China’s Ministry of Commerce, which is in charge of the nation’s trade talks with the U.S., didn’t immediately respond to a request for comment. A Boeing representative declined to comment.

For Boeing, China’s exclusion of Max purchases in a trade deal would mark another setback for a company that’s reeling from a crisis of confidence over its top-selling plane, which accounts for almost a third of its operating profit.

The 737, which first entered service in the late 1960s, is the aviation industry’s best-selling model and Boeing’s top earner. The re-engineered Max version has racked up more than 5,000 orders worth in excess of $600 billion, including planes that have already been delivered.

Most of China’s airlines count the government as its top shareholder and aircraft purchases are often coordinated by state agencies including the Civil Aviation Administration of China and National Development and Reform Commission. No other country has more demand for aircraft than China, which is estimated to seek 7,690 new planes worth $1.2 trillion in the 20 years through 2037, according to Boeing’s latest forecast. Bloomberg