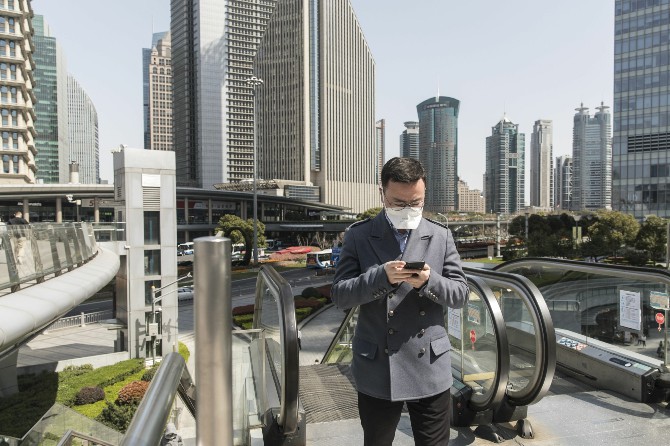 China’s financial regulators are asking banks to keep profit growth below 10% this year as they direct the nation’s lenders to support an economy facing its worst slump in four decades, according to people familiar with the matter.
Regulators will urge banks to sacrifice profits by extending more loans at lower rates, boost their loan-loss provisions and more proactively recognize non-performing debt, said the people, asking not to be identified as the matter is private. Some local branches of the China Banking and Insurance Regulatory Commission have started communicating with banks in their jurisdictions, two of the people said.
China will push financial institutions to sacrifice 1.5 trillion yuan ($212 billion) in profit this year to support enterprises by offering lower lending rates and fees and deferring loan repayments, the state television cited the State Council meeting led by Premier Li Keqiang as saying yesterday.
The request underscores concerns about how quickly China can recover from the coronavirus outbreak. While Chinese banks were already expecting weaker performances this year, limiting their earnings aspirations could further motivate them to beef up buffers against future band loans. It would also avoid banks reporting big profits during difficult economic conditions, according to the people.
CBIRC didn’t immediately respond to request seeking comment.
China’s $41 trillion banking system is at the forefront of propping up companies hurt by the outbreak of coronavirus and the impact from its global spread. In a severe downside case, assuming economic growth at 4.8% annually until 2021, the industry could face an unprecedented 39% slump in profits this year, according to UBS Group AG. Without government forbearance measures, their earnings may tumble by 70% to absorb the wave of bad debt.
The plan could also reveal the true level bad debt in China, which official data show has so far only ticked up marginally even as a lockdown earlier this year hit hard at many borrowers.
Lenders led by Industrial & Commercial Bank of China Ltd. more than doubled loans to businesses in the first quarter, while deferring and rolling over 1.5 trillion yuan in repayments. That allowed the banks to report only a 0.06 percentage point increase in non-performing loan ratios to 2.04% at the end of March, while posting a 5% increase in combined earnings to 600 billion yuan.
Still, a few listed lenders including China Merchants Bank Co. and Bank of Ningbo Co. managed to deliver growth that topped 10%. Shares of both have dropped about 9% this year, outperforming the average 16% decline of Chinese banks.
The latest regulator guidance will hurt some mid-sized national banks and city commercial banks the most, said the people.
S&P Global estimated that the non-performing asset ratio, a more stringent measure of troubled advances that includes forborne loans, could almost double to 10% from pre-outbreak levels this year. That’s a projected increase of 8 trillion yuan.
The government in May decided to extend loan relief measures for the nation’s smaller businesses by nine months to March next year, giving further reprieve to trillions of yuan of troubled loans. Bloomberg