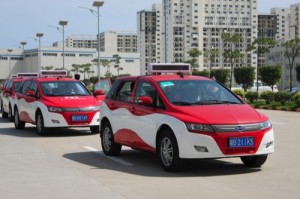 Chinese group BYD is analyzing construction of a mobile phone battery factory at the Manaus Industrial hub, in the capital of the Brazilian state of Amazonas, the Brazilian press reported.
The chairman of BYD in Brazil, Tyler Lee, said that the company was carrying out economic feasibility studies to select the location of the factory and added that a meeting was held with representatives of the Manaus Duty Free Zone (Suframa).
The acting Suframa superintendent, Gustavo Igrejas, said that BYD’s use of the Manaus Industrial Hub would be important as most of the components produced by the Chinese company would be extensively used in the final products manufactured in Manaus.
The contacts made between Suframa, the Amazonas government and BYD would continue next month as the Manaus Duty Free Superintendence of the Manaus Duty Free Zone is organizing admission to China, which includes a visit to the BYD group’s headquarters.
The BYD group, which was founded in February 1995, has 15 factories across the world and specializes in manufacturing information, cars and renewable energy and is the world’s largest manufacturer of rechargeable batteries and one of the largest manufacturers of nickel-cadmium batteries, for example..
The company already has a factory in Brazil, in Campinas, Sao Paulo state, where it manufactures electrical buses. Investment in its second factory is estimated at US$400 million.  MDT/Macauhub