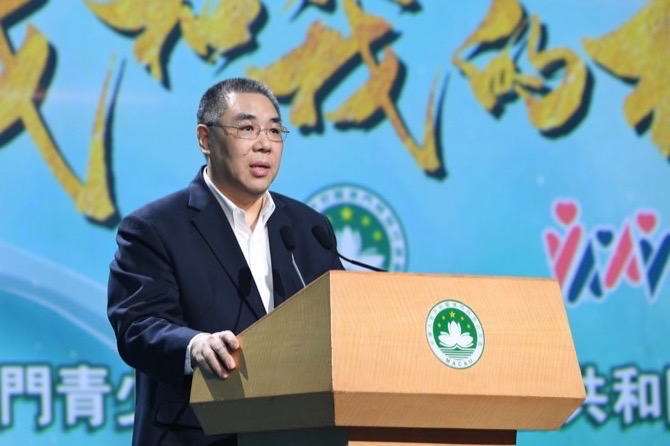 Chief Executive Chui Sai On announced yesterday the withdrawal of two bills from the Legislative Assembly (AL) agenda, one governing cybercrime and the other detailing the provisions of a new investment company. The announcement was made at a press conference held yesterday.

The “Counter Cyber Crime Law” and the “Amendment to the Budget of 2019 Financial Year” both generated significant public debate.

Chui explained he was withdrawing the bills because he was aware of certain comments in society that made him realize more time is required for the government to thoroughly explain its intentions.

Chui stressed that a lot of work has been done to prepare the inauguration of the new investment company.

The responsible official, Secretary for Economy and Finance Lionel Leong, told the same press conference that the withdrawal was decided so that the government can hear from and converse with the general public with regards to the investment company.

Meanwhile, regarding his future, the Chief Executive expressly noted that he would not take any position in the future investment company, contrary to recent media reports.

The bill was submitted to the AL to file an amendment to the current budget. This would extend an extra MOP60 billion to the government for the purpose of financing the investment fund.

Lawmakers from both the pro-establishment and democrat camps have urged the government to be cautious, citing examples of sovereign wealth funds that have spelled disaster.

Moreover, both democrat Sulu Sou and pro-establishment lawmaker Ella Lei agree that laws must be passed to more effectively limit the power and monitor the operation of publicly-owned companies.

The cybercrime bill, on the other hand, was withdrawn “because the Security for Security, who is in charge, will be out of the city and thus absent from the explanation session at the AL.” The Chief Executive believes it would be beneficial for the Secretary to personally explain the bill to the legislature and be present to answer questions about it. AL