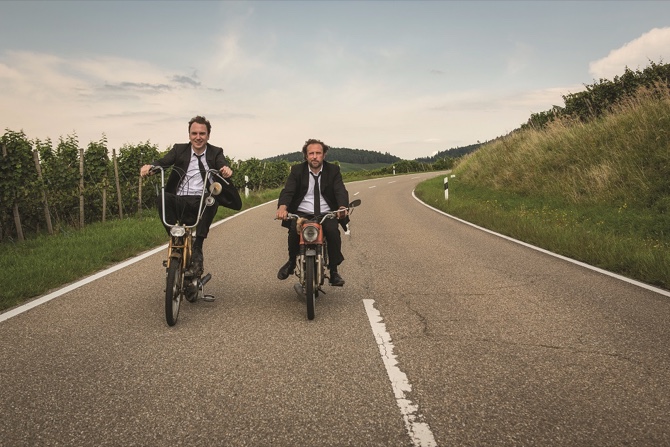 Featuring 10 recent German films and two “Macao Special” films, in addition to four compelling works by Director-in-Focus Volker Schlöndorff and a talk on his work, German Film Festival Kino@Macao will return between October 19 and November 13.

The festival will kick off with “Balloon,” a real-life adaptation that transports the audience back 40 years, when Germany was split between the East and West. Portraying the story of a family planning to escape East Germany to the West in a hot-air balloon, it depicts people’s hope and fight for freedom.

Based on a sensational “honor” killing, “A Regular Woman” charts a Muslim woman’s experience of oppression. “Gundermann” unveils the relationship between an East German secret policeman and singer-songwriter Gerhard Gundermann, who tragically died in 1998.

“Roads” is about the friendship between two young men in search of their loved ones on a hilarious and exciting journey. “The Most Beautiful Couple” investigates hidden desire through the traumatic and dark experience of a middle-class couple.

“Sweethearts” brings the viewer to a changing friendship between a single-mother and criminal Mel, and her hostage, while “25 km/h” unites two brothers at their father’s funeral, and a journey to find the meaning of life develops.

“The Collini Case” uncovers a scandal from the World War I and a murder. In “The Mover,” the protagonist has to expel his son and daughter-in-law for a money laundering syndicate, and documentary “Chris the Swiss” follows the mysterious death of journalist Chris, who is the director’s admired cousin.

Volker Schlöndorff, German film maestro and prominent figure in the New German Cinema movement, turns 80 this year. His remarkable works have earned him the Palme d’Or and award for Best Foreign Language Film at the Oscars. His portfolio spans over 30 films and performing art works. The session, offering a broad view of his creative paths over 20 years, features “Baal” (1969), “Young Törless” (1965) and “The Legend of Rita” (2000). Led by Dr. Derek Lam, the film talk will give an in-depth understanding of Schlöndorff’s practice.

The former depicts a young woman’s pursuit of emancipation and creative development, while the latter brings us the thrilling story of a post-World War I secret mission. Both screenings are followed by talks given by distinguished authors. AL