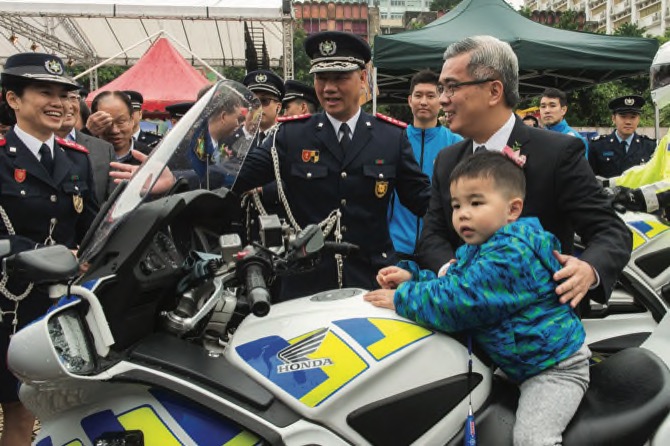 The government plans to submit a civil protection bill to the Legislative Assembly (AL) by the end of April or early May, according to Secretary for Security Wong Sio Chak.

The text of the bill was completed last week and is expected to be submitted to the AL before the typhoon season arrives.

The bill will regulate how the government and the private sector should jointly respond to civil protection matters.

Wong stated that, although the current civil protection bill has not been officially promulgated, various governmental departments, especially members of the civil protection structure, have fully promoted civil protection-related work under the coordination of the police headquarters.

Later in the month, all members of the civil protection structure will jointly hold a typhoon exercise on April 27. This will mark the first time the public is invited to participate in a drill.

Moreover, during this year’s typhoon drill, the Public Safety Research Institute of Tsinghua University, together with the Macau SAR government, will test the emergency command system developed for Macau.

In June 2018, the government launched a public consultation process on the new rules that aim to shape the “Civil Protection Basic Law.”

The proposal includes the establishment of a new crime of “false social alarm.” Those who spread false rumors during “crisis periods”, such as catastrophes, accidents, outbreak of diseases or terrorist attacks, might be sentenced to between six months and three years of imprisonment. JZ