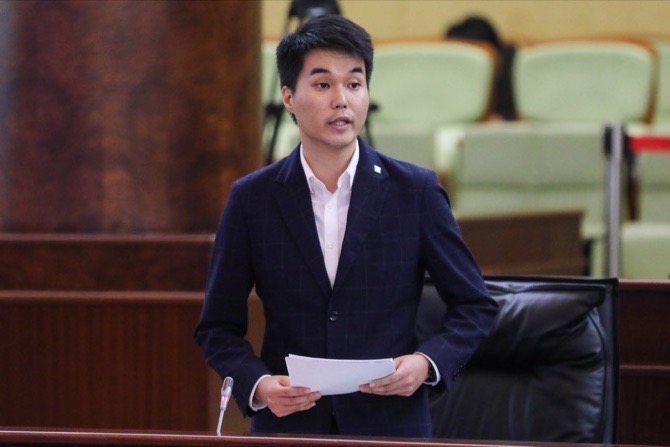 The New Macau Association (ANM) issued a statement yesterday calling again for the government to withdraw the “rumor offence” provision in the proposed Civil Protection Law, after the democrat group said it had collected a total of nearly 1,500 signatures online.

The signatures call for the concerned legislation to be withdrawn.

ANM said it considered the turnout as a reflection on the general public’s expression of “tremendous concern over the new crime.”

The proposal, according to the association, will hinder the public from spreading useful information in critical situations and further restrict freedom of speech.

Furthermore, the association believes that the bill was sent to the legislature either without cautious consideration, or with the existence of unstated political motives driving it.

The bill was sent hastily to the legislature, before being amended several times following challenges from a broad section of society, including legal professionals, lawmakers and journalists.

New Macau points out that there are still a lot of flaws in the “rumor offence” provision, particularly in grey areas that require further elaboration from the government.

“[Even] if the revised text attempts to resolve public doubts from a technical aspect, there are still many unclear provisions, giving law enforcement officials discretion in terms of interpretation in the future,” ANM argued in its statement.

It also remains doubtful whether the public can trusts the administration’s “meticulousness and self-control while interpreting, applying and enforcing” the so-called rumor offence “throughout the entire process of prosecution.”

The government has constantly reiterated that the provision in the bill can only be used during emergency conditions, “that can cause major casualties, property damage, ecological damage or other serious social harm,” according to the government’s interpretation.

New Macau said it had noticed that “both the category of ‘incident of security in society’ that constitutes ‘abrupt incident of public nature’ laid in article 5, and stipulations about grading of states and alert set forth in article 6 of the bill, completely lack determining measures and standards.”

Another factor that makes the provision dangerous, as argued by the association, is that it is at the Chief Executive’s discretion to label which incidents constitute a threat to public security. The association fears that if the legislation goes through, future Chief Executives may deem rallies, protests, labor strikes or social movements as incidents impacting public security.

The current version of the bill leaves no mechanism for objection to the Chief Executive’s decision.

The association also fears that the wide use of “security” as an apparatus may empower the law enforcement agencies at the expense of fundamental human rights.

New Macau argues that the public fears being prosecuted more than persecuted. Accordingly, it believes the controversial provision will generate a chilling effect when passed.

The Legislative Assembly is currently discussing the Civil Protection Law in detail, after it was approved in a general sense last month. Staff reporter