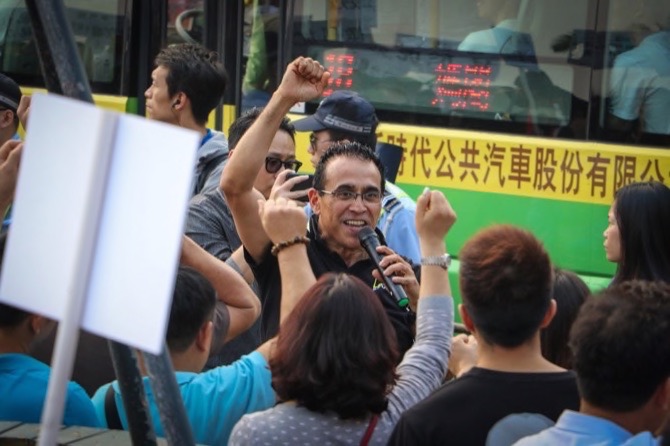 The Macau Civil Servants Association had a meeting with Secretary for Social Affairs and Culture Alexis Tam to discuss several social affairs issues, including health, education and wages.

The primary focus of the meeting concerned medical professionals’ heavy workload and salary increase, but it also covered improvements to higher education, additional sports facilities, and incentives to encourage the taking up of Chinese-Portuguese translation degrees.

José Pereira Coutinho, president of the association, told the media after the meeting that the association had urged Tam to quickly complete the construction of the island medical complex.

“Demand for medical services in Macau far exceeds the capacity of the only public hospital. Having only one hospital undertake the load of two hospitals results in high work pressure on doctors, nurses and medical staff,” said Coutinho.

The lawmaker said that more medical incidents will occur if the government does not solve the problems of the lack of hospital beds and long waiting times, among other issues.

According to Coutinho, Tam expressed that the changes are indeed urgent and will be made soon.

In addition, the association claimed that the salary for doctors needs to be increased, as the current salary puts great pressure on doctors and does not encourage students of medicine to work as general practitioners.

Furthermore, the association hopes that Macau can improve the quality of higher education, particularly with respect to languages, mathematics and politics.

According to Coutinho, Macau has been hiring non-local residents to fill the demand for professional positions, and the government should provide more courses to local youth. “We hope it can happen faster,” said Coutinho. He noted that Macau’s universities are not providing political courses to encourage local students to learn more about Macau’s politics. He also said that Macau’s education in politics is not comparable to that of Hong Kong and Taiwan.

The association also hopes that more student places can be created in Chinese-Portuguese translation at the Macau Polytechnic Institute (IPM) and the University of Macau. The association wants more of these positions to be given to local Macau students instead of mainland students.

“The Secretary said that the government will improve upon the training of local translators,” said Coutinho.

Each year, IPM trains approximately 30 Chinese-Portuguese translators, with a portion of the student places given to mainland students.

“In the future, the Forum Macau will become a bureau. I hope that the bureau, in terms of human resources, in particular translators, can explain to the society how it will attract these local graduates in Chinese-Portuguese translation,” said Coutinho.