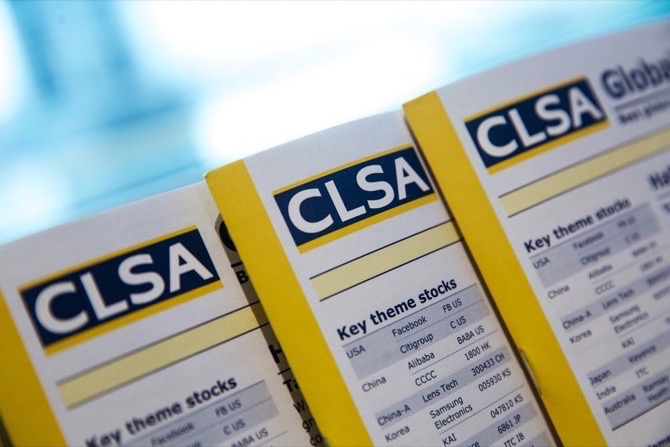 Gould will relocate to Hong Kong from New York and formally start in his new position this week, according to a CLSA memo obtained by Bloomberg News. He replaces company veteran Jonathan Slone, who resigned earlier this year.

At least four of the Hong Kong brokerage’s senior managers followed Slone out the door, people with knowledge of the matter said this month. The departures included Nigel Beattie, who had been in talks to succeed Slone. The moves underscored growing concerns among some employees that CLSA is losing its independence as Citic, China’s biggest state-owned brokerage, tightens its grip on the business and overhauls staff compensation.

CLSA made more appointments in the past weeks, said people with knowledge of the matter, asking not to be identified as the information isn’t public: Singapore country head Andrew Hartley will also lead the group’s equity sales, trading and execution  Shaun Cochran is promoted as head of research Andrew Norman named as CEO for the Australia business after heading the region’s equities business

Gould joined CLSA in 2014 and has been a member of the firm’s executive committee. He previously held positions at Bloomberg LP, the parent of Bloomberg News, as well as Lehman Brothers Holdings Inc., where he started his career in 1983 before leaving for Morgan Stanley.

The Citic-CLSA tie-up has been closely watched by some in the industry as a test case for whether a Chinese brokerage can successfully expand overseas and compete with the likes of Goldman Sachs Group Inc. and Morgan Stanley. While Citic said last month that it’s committed to growing internationally, it has yet to come anywhere close to matching the global reach of Wall Street’s giants. Cathy Chan, Bloomberg