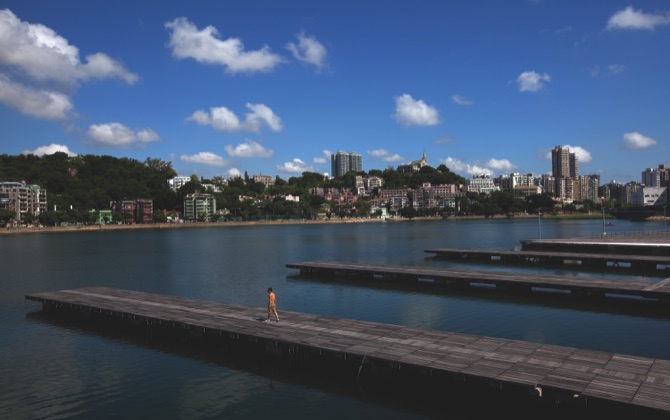 In a report released yesterday by the Commission of Audit (CA), the agency accused the Civil and Municipal Affairs Bureau (IACM) of mismanaging a large number of public leisure spaces that are now posing a risk to the health and safety of residents.
The risk comes from the fact that, according to CA,  IACM has neglected its responsibilities in properly cleaning the areas and repairing damaged equipment. The site inspections were mostly made in 2014.
“The dirty and messy environment found in facilities that operate under faulty conditions reduces the will of the public to use those facilities and implies several risks that may hinder the safety of the users. It also harms the image of the public services amongst the citizens,” the audit report reads.
Among the problems detailed in the CA report were, a prevalence of discarded plastic bottles and bags, broken equipment items and cracked floor tiles, as well as almost a dozen boats sunk in the Sai Van Lake and never removed.
“The damaged facilities and equipment posing an immediate risk were not repaired in a timely manner, nor were danger signs places, which allowed for the occurrence of accidents. The trash left in the footpaths was not gathered for days and the trash left in the green spaces and between rocks was not gathered for months,” the report stated.
“IACM not only wasted its efforts and of other entities involved, but also misused the considerable public resources channeled to meet residents’ needs,” it concluded.
In response, IACM has pledged to improve its cleaning efforts – including the frequency of cleaning activities – and step up the supervision of outsourced services. It explained away the cited problems as the result of a high number of users of these public leisure areas.
A man walks on the docks at Sai Van Lake in Macau