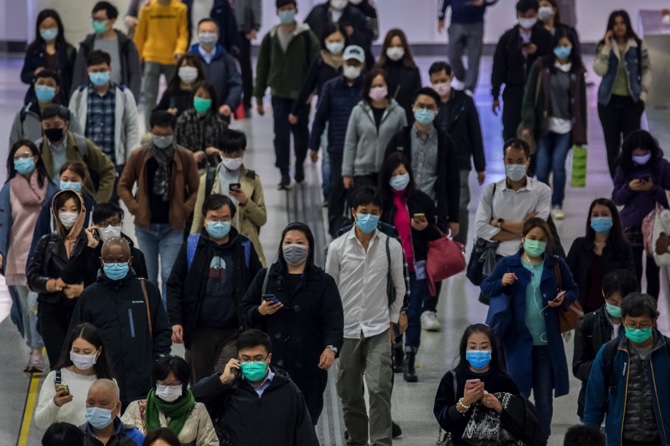 The Health Bureau (SSM) has confirmed reports that facemasks sold under the administration by the government are being resold to people at a higher price.

These reports, according to the health regulator, were made by associations helping the government with mask sales.

In response, the SSM strongly condemned such activities

The Public Security Police Force (PSP) has confirmed that it will step up its efforts to monitor and deter mask reselling, although it has not received any reports so far.

The police force is still reviewing what types of charges can be pressed against local residents reselling government masks. On the contrary, if foreign workers are selling masks obtained from government sources, they may be violating stipulations in the Foreign Labor Law.

The SSM has recently become aware of reselling activities in the Iao Hon District. Ten masks were being sold for MOP35, when they can be acquired at legal distributors at the government’s price of MOP8.

Meanwhile, during the first phase of mask sales, there were reports that ID data had been misappropriated for the purchase of masks. The PSP revealed that as of February 11, a total of 30 reports of such activities have been received. Of these cases, two have been solved, 12 are under investigation and 12 were caused by human error.

If the ID data of a resident was erroneously entered into the computer system or was simply misappropriated, the affected resident can be rebated with the corresponding quantity of masks.

The SSM also reminds residents that no free masks will be offered at the entrance of government medical facilities, such as health centers and the Conde S. Januário Hospital. Residents visiting these venues should supply their own masks.