CONSERVATION | In Hong Kong, you can find a home where cows and buffalos roam 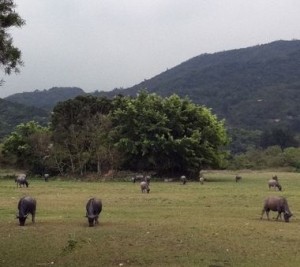 This March 2011 photo shows water buffalo grazing on Lantau Island, about an hour by ferry from Hong Kong