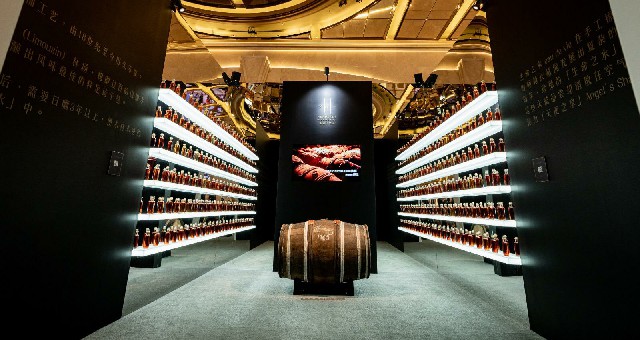 French cognac maker Hennessy is staging an exhibition at the Galaxy Macau integrated resort, which recaps the brand’s history and latest invention.
The Hennessy Declassified exhibition is not a traditional event, but an interactive and immersive experience that explores the history and art of the Hennessy family.
The brand will invite viewers to take a peek at the secrets of Hennessy, and start on a palatable journey of the cognac.
A tasting room is especially made to pair with this exhibition. It is called the Hennessy Tasting Committee’s Grand Tasting Room, which is modeled after the closed-to-public tasting room situated on Rue de la Richonne in France.
It is opened from Fridays to Sundays and prior reservation is required. Registered participants will take on the role as a member of the enigmatic Grand Tasting Committee, where they will learn to understand and make decisions regarding the cognac, with important members of the committee, before they sample some of the finest production of the brand.
The exhibition is open until October 6 at the Crystal Lobby of Galaxy Macau. The same exhibition has been staged at Shanghai and Hangzhou, among other cities. 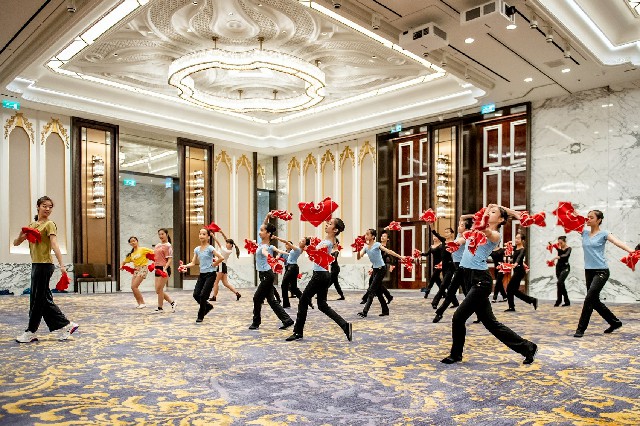 To celebrate the 70th anniversary of the founding of the People’s Republic of China and the 20th anniversary of the Macau SAR, MGM held the premiere in Macau for Chinese folk dance drama “Jinggang Jinggang” last Friday and Saturday.
It was held in association with the Henry Fok Foundation, the Beijing Dance Academy and the Macau Dancers Association at MGM Theater, MGM Cotai.
With the support of the Liaison Office of the Central People’s Government in the Macau SAR, the Education and Youth Affairs Bureau, the Cultural Affairs Bureau and other supporting entities, this performance aims to strengthen the sense of patriotism and national pride among Macau residents.
Since its premiere in 2017, “Jinggang Jinggang” has been touring around the country and has won many accolades, including the Dance Drama Award at the 11th Lotus Awards, one of the highest awards of Chinese dance.
For its premiere in Macau, the performance paired with the ultra-high resolution LED screen at the MGM Theater to present a fine blend of traditional art and innovation.