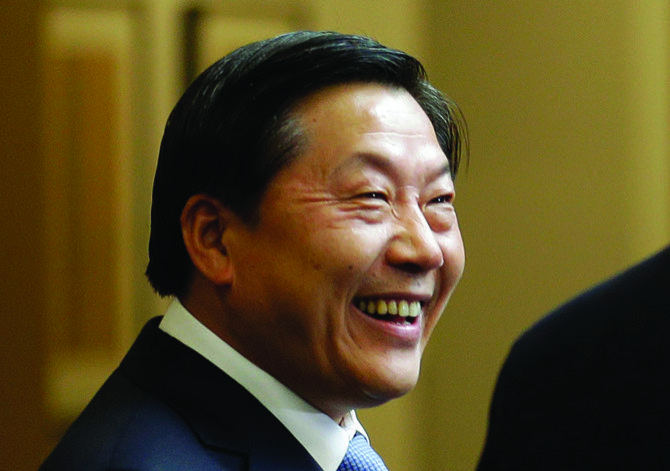 China’s former internet censor, who once held high-profile meetings with industry leaders such as Apple CEO Tim Cook and Facebook founder Mark Zuckerberg, was sentenced to 14 years in prison on corruption charges Tuesday.

The Intermediate People’s Court in the eastern city of Ningbo said Lu Wei had confessed to accepting USD4.6 million in bribes. It said he expressed remorse and vowed not to appeal his sentence.

Lu helped lead the ruling Communist Party’s tightening of controls over domestic cyberspace and championed Beijing’s stance that governments have a right to filter and censor internet access.

China has 700 million people online, but authorities impose heavy controls on political content and sites related to gambling and pornography. Social media sites such as Facebook and Google also are blocked.

In its ruling, the Ningbo court said Lu had abused his authority in various positions, including as a deputy propaganda minister and as head of a government internet security advisory body, accepting gifts in return for favors.

He worked his way up the ranks of China’s official Xinhua News Agency from a reporting job in the southern city of Guilin in the early 1990s to become the agency’s vice president from 2004 to 2011. He was vice mayor of Beijing from 2011 to 2013.

A report by the government broadcaster CCTV gave few details. But earlier reports said Lu also had had engaged in factionalism and “selectively enforced” the party’s “strategic arrangements on internet work.”

President Xi Jinping has carried out a wide-ranging crackdown on corruption that observers say is calculated to strengthen party control while bringing down potential challengers to his authority.

One of the officials and military leaders ensnared in the anti-graft campaign was the former president of Interpol, Meng Hongwei, who vanished after traveling to China from France, where the global anti-crime body is headquartered.

The government says Meng is under investigation for graft and possible other crimes. There are heavy suspicions he had fallen out of political favor with Xi.

Lu’s sentencing also comes as China is locked in a trade war with the U.S. and competition over leadership in next-generation 5-G internet technology.

The U.S. has sought to block usage of equipment from Chinese internet giant Huawei, saying its links to the Chinese government and military pose a security threat. AP