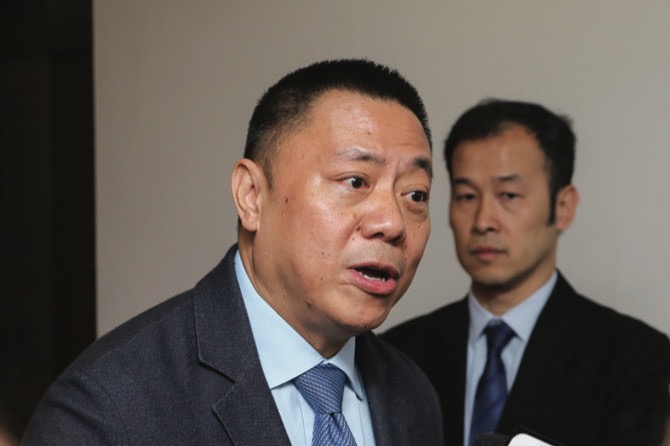 Macau’s Secretary for Economy and Finance Lionel Leong has said that as of late last year he had already required the Macau Productivity and Technology Transfer Center (CPTTM) to submit a report following a Commission Against Corruption investigation. The Secretary told media yesterday that he expects an improvement to the CPTTM recruitment processes.

Earlier this week, the CCAC, in its 2018 Annual Report, detected that 16 of 101 workers of CPTTM were relatives, including father and son, father and daughter, husband and wife, and brothers and sisters. Three of the 16 workers have already left their jobs.

During the investigation, the center was unable to provide the employment documents of some of its staff members.

The CCAC believes that although the center is not a government department in the traditional sense, it relies mainly on government funding. In turn, the center’s recruitment method was too casual and the proportion of staff of kinship is too high, which inevitably raises questions about cronyism.

Speaking to the media on the sidelines of yesterday’s Macao International Environment Co-operation Forum and Exhibition launching ceremony, the Secretary remarked that despite the center not being a government department, it consumes sizable public resources to maintain its operation.

“Although the center has internal rules, its internal recruitment and promotion systems do have the need, as pointed out in the CCAC report, to be carried out on principles of fairness and openness.”

Leong said it is necessary for any public department or self- governing body to conduct fair and open recruitment and promotions. The Secretary expects that, through the CCAC report, there can be an improvement in the recruitment process of CPTTM.

In November 2018, the CCAC sent a warning to the center addressing the aforementioned maladministration.

Leong said that he instructed the center to improve its recruitment and promotion system back then. In particular, he asked the center to take on board the opinions of the CCAC.