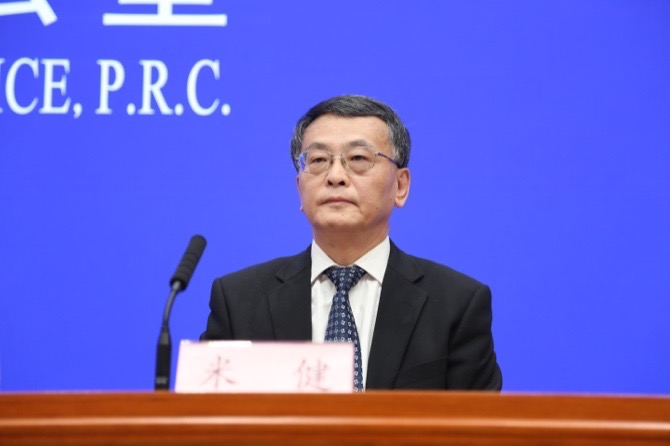 The Director of the Policy Research and Regional Development Bureau (DSEPDR), Mi Jian, was reported by the bureau’s employees to the Commission Against Corruption (CCAC) for misconduct, Chinese-language online media All About Macau reported.

The bureau, formed by the Chief Executive to study ways to coordinate Macau’s integration into the Greater Bay Area, has been in operation for almost one year.

According to All About Macau, the CCAC has acknowledged the complaint, which will be processed according to the commission’s procedures. Hong Kong public broadcaster RTHK also said the CCAC confirmed it had received the complaint.

The Times contacted the CCAC for comment during out of office hours, but did not receive a reply by press time.

The complaint was made as a letter sent on behalf of “DSEPDR workers,” and was at first shared on social media, but apparently later retracted.

The letter alleges that the director has committed 11 types of misconduct. Mi is accused of hiring his doctorate candidates and his own relatives by ignoring the central recruitment process for public servants, wrongfully terminating the employment of local residents at the bureau, appropriating bureau funds, smoking inside his office and evading the proper tender procedures.

The authors of the letter claim that Mi had admitted several doctorate candidates into the bureau to work without going through the central recruitment procedures. Normally, government recruitment is done publicly under certain criteria. The complainants accuse Mi of nepotism.

Mi is also accused of having terminated local employment contracts and of reserving positions for his students by emptying certain managerial positions.

Similar to other recent cases of corruption, Mi is accused of having divided research projects into small parts with each costing less than MOP500,000, in order to bypass the legal requirement to open a public tender.

He was also reported to have regularly smoked in his indoor office space. The letter stated that reports had been made to the Health Bureau but no obvious follow-up action was seen.

Similar misconduct happened two years ago at the Cultural Affairs Bureau (IC). At that time, the CCAC issued a report that highlighted several unlawful hiring practices at the IC. The report was issued just weeks after a leadership change at the IC, in which former president Ung Vai Meng quit unexpectedly and was replaced by Leung, one of the bureau’s former vice presidents.

The CCAC found out that the IC had failed to publicize job openings properly. Under Leung, the bureau had also been hiring workers improperly through the ‘acquisition of services’ exception for years.

The CCAC said it had identified similar flaws in other public departments and that, together with the Commission of Audit (CA), it had continuously condemned them in their reports, recommendations and guidelines. Staff reporter