Court: Jackson Chang convicted of leaking information, but not bribery 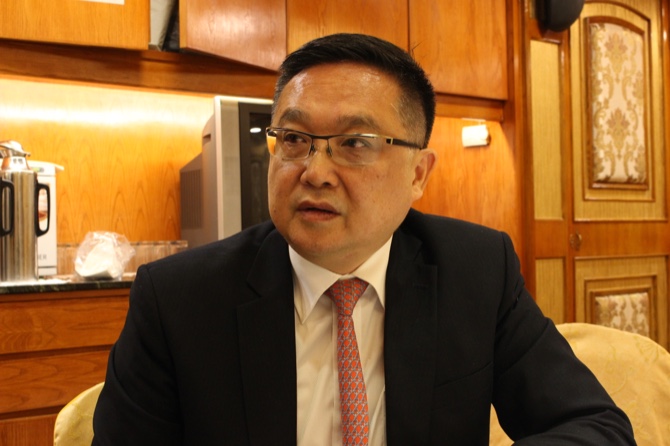 The former president of the Macau Investment Trade Promotion Institute (IPIM) has not been convicted of bribery but was found guilty of leaking confidential information to third parties. The court ruled Chang to serve two years in prison.

Today (Friday), the Court of First Instance delivered the verdict of Jackson Chang as well as the other 25 defendants’ lawsuits.

Regarding four indictments of receiving bribery, Chang is not guilty, whereas he is convicted of leaking confidential information. Chang is also guilty of inaccurately declaring his wealth.

“Jackson Chang has remained silent and showed no sign of regret. As the highest leader at that time, he should have set a good example for other people, but he did not,” the court judge reads.

The judge ruled that Chang has taken advantage of his power multiple times to obtain the department’s internal information and pass it to other people who are unauthorized to access that information.

“Such behavior severely created a negative impact on the government and civil servants,” the judge said.

Chang is given 20 days to decide on whether or not to appeal against the court’s ruling. Chang was also temporarily set free after yesterday’s verdict.

Before the court ruling comes into effect, he will not be in confinement under the condition that he reports his personal information and residential information to the relevant department in addition to a 100,000 patacas bail.

Chang passed the information to the other defendants regarding IPIM’s criteria in granting residence permits to investors or skilled professionals.

The prosecution authority tried to prove Chang’s guilt in receiving cash, bank transfer, and luxury watches as briber. However, the plaintiff failed the attempt.

The prosecution authority also failed to prove that Ng Kuok Sao, offered Chang another briber, by hiring Chang’s daughter, Crystal Chang, to do lenient work and to receive better salary benefit compared to another person who works at the same position.

Chang’s wife and daughter were faced with accusations of money laundering and of ignorance in declaring wealth. The court found both innocent.

Ng Kuok Sao is found guilty of organized crimes and was sentenced to 18 years in prison. He is convicted of organizing criminal syndicates and forging documents.

Former Director of IPIM, Glória Batalha Ung, is found guilty of leaking confidential information and is sentenced to one year and nine months in jail.

The judge gave similar remarks on Ung, having condemned her behavior’s negative impact on the government and civil service’s image.

Other defendant is former IPIM official, Ian Iat Chun, who is a former deputy chief of IPIM’s Residency Application and Legal Affairs Division was sentenced to four years in jail.  He is convicted of forging documents.

“The three of you, as high-ranking leaders of IPIM [Chang, Ung, and Ian], didn’t set a good example. You even conspired with other people. […] None of you admitted the mistake and remained silent […] and didn’t bear the consequences.”

In total, approximately eight defendants were found not innocent. Other convicted felons were given sentences of various years of imprisonment.

Ung’s lawyer has confirmed that his client will appeal over the ruling within the legal period as he considered it unfair that Ung got a similar period of prison sentence like Jackson Chang, who was indicted for more accounts than Ung.

During Friday’s verdict session, only five defendants appeared in the court, including Chang and his wife as well as Ung. The court judge requested those absent defendants to provide reasonable explanations regarding the absence otherwise they will be subjected to fines.