Courts | Alan Ho to get eight years over prostitution ring 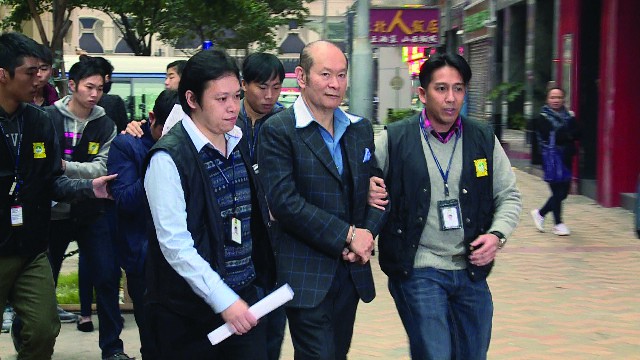 Alan Ho, nephew of casino tycoon Stanley Ho and former executive director of the Hotel Lisboa, had his sentence extended by the Court of Second Instance to eight years’ imprisonment, after the prosecutor filed an appeal.
In his first trial, the Court of First Instance issued a sentence of 13 months’ imprisonment, which Ho had served as detainment.
Two charges were pressed against Ho by the public prosecution: founding and leading a criminal cartel, and organized prostitution. The Court of First Instance found him guilty only of the latter charge.
The Court of Second Instance, however, altered the judgment at the end of last month. The Court found Ho guilty of founding and leading a criminal cartel, which has a jail term of six years’ imprisonment.
Ho was then found guilty of 58 charges of organized prostitution. The Court sentenced him to nine months’ imprisonment for each charge, issuing a total of eight years of imprisonment for both crimes.
Paulo Cordeiro de Sousa, a local lawyer, believes Ho “has nothing to lose by filing an appeal” as “the [Court of Final Appeal] cannot legally convict him with a more severe sentence, which is stated in Article 399 of the Criminal Procedural Code,” the lawyer said.
This is to avoid reformatio in peius, the lawyer elaborated, which assigns a more severe sentence if the person is found guilty on appeal. The phrase literally means “change for the worse” in English.
There is one more compelling reason for Ho to file an appeal. “Until the final decision of the Court of Final Appeal, [Ho] will remain out of prison,” explained the lawyer.
Apart from Ho, there are five other people involved in the case, surnamed Wong, Lun, Mak, Qiao and Pun. All of them were found guilty of organized prostitution and were sentenced to between five and 29 months by the Court of First Instance. The Court of Second Instance has also overturned these rulings.
Wong is now sentenced to a total of six years in prison for participating in a criminal cartel, which equates to four years in prison, and 58 charges of organized prostitution.
Lun, Mak and Qiao have all been sentenced to five years in prison for the same type and number of charges. Pun is sentenced to four years in prison for participating in a criminal cartel, as well as 15 months for three organized prostitution charges, leading to a total of four years and eight months in prison.
The case involves more than 2,000 people and began in 2015, when the Judiciary Police held an operation to sweep the ground level, colloquially known as “the Turd”, of the Lisboa Hotel. Several then-executives of the hotel were arrested and charged with various crimes.
“The Turd” used to be the area believed to be where sex workers attracted business. The practice started in the 1970s, according to the report by local Chinese newspaper Exmoo.
Born in 1947, Alan Ho completed a business administration degree in the United States in the early 1970s and taught at the Hong Kong Chinese University from 1979 to 1985. He then pursued a PhD degree at Harvard University and worked at a law firm before officially joining the Sociedade de Turismo e Diversões de Macau (STDM) in 1991.
Ho was the administrative director and manager of Hotel Lisboa. He was involved in the management of several hotels in Macau, as well as that of SJM.