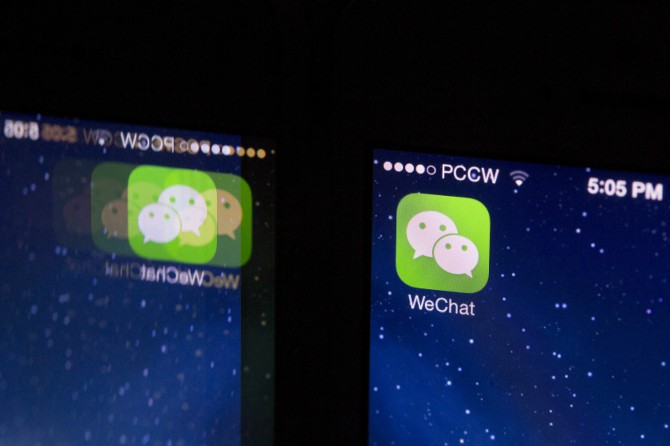 The high-profile criminal trial against the former leaders of the Macao Trade and Investment Promotion Institute (IPIM) and their alleged affiliates continued yesterday, with defense lawyers protesting the use of voice messages sent via the mobile application WeChat as evidence.
The case concerns an alleged scheme to improperly grant Macau residency permits via IPIM’s investment and technical immigration schemes.
The protest initiative was started by lawyer Pedro Leal while closing the morning session. Leal took the opportunity to request that the court, led by Judge Leong Fong Meng, stop using such recordings as evidence based on Articles 172 and 175 of Macau’s Code of Criminal Procedure.
According to Leal, WeChat recordings should be treated the same way as phone tapping. The lawyers added that the use of this method should be restricted to a prior judge order, which did not occur, so the recordings should not be admitted as evidence.
Leal also added that in the case of the defendant, Glória Batalha Ung, former IPIM deputy president, the crimes she stands accused of have a penal framework of less than three years’ imprisonment. For this reason, and due to the rules, this is why the use of phone tapping methods as evidence should also be refused.
The initiative gathered support among all the defense lawyers but was then refuted by the Public Prosecutor’s Office. The Office said that the articles Leal mentioned “only apply in cases of a direct phone tapping of a conversation between two people,” which was not the case here.
According to the prosecutor, “the evidence collected comes from the mobile phones of the involved or the backups from those mobile phones found on the computers and were obtained legally.”
Following this, Rui Velez de Moura, who is defending Crystal Chang, the daughter of the IPIM former president, added that when the judge validated the recordings, it only referred to the recording itself and not to the content of it. He agreed with Leal for this reason, invoking the nullification of this evidence.
After the lunch break, Leong started the afternoon session by addressing the topic and presenting the court’s decision to reject Leal’s request, which had been subscribed to by all the defense lawyers. The judge authorized the continued use of WeChat voice messages as evidence.
Leong explained that the court had been using such evidence since the start of the trial, adding that, “the evidence was collected afterward [from the mobile phones and computer devices] and not in real-time like in phone tapping.”
Leong also added that the judge at the Criminal Preliminary Hearing Court, who initiated the process, “also analyzed the evidence on this matter and had considered it legal and acceptable.”
Lastly, Leong brought up a decision made by Court of Second Instance in 2016, which she mentioned could serve as a reference for this case. The judges had ruled that this type of evidence, even if it is archived, is not under the provisions of Article 172 of the Code of Criminal Procedure. The article states that the “interception or recording of telephone conversations or communications can only be ordered or authorized, by a judge, if there are reasons to believe that the investigation will prove to be of great interest for the discovery of the truth or as proof of crimes: Punishable by imprisonment of a maximum of over 3 years; Related to drug trafficking; Related to prohibited weapons, explosives or similar devices or materials; Smuggling; or Injuries, threats, coercion and privacy intrusion, when committed over the telephone.”
Leong also noted in his reply to Leal that, “Since the evidence collected is not related to phone tapping, the limitation to the crimes with a penal framework with a ceiling of over 3 years of imprisonment, also [does] not apply in this case.” He urged the lawyers to submit an appeal if they did not agree with the decision.
During most of yesterday’s court hearing, a witness from the Commission Against Corruption (CCAC) used PowerPoint slides to demonstrate documentary evidence establishing a connection between the defendants and skilled immigration residency applicants.
The focus was mainly on the 15th defendant and IPIM residency applicant Liang Weiqiang.
The CCAC witness showed several documents, including a work declaration from Liang that was submitted to IPIM on May 1, 2012, when Liang was supposed to have started work at One Kin Construction Company Limited.
The document contained personal data, such as the issuing date of the Macau Identification Card of the head of the company. This showed that the card was last renewed in October 2014, more than two years after the working contract.
The CCAC investigation traced the document back to the One Kin company office. They showed that the document had been produced in December 2015, and was forged for the sole purpose of allowing Liang’s residency permit, which was about to expire, to be renewed.
According to the witness, similar occurrences were found in many other documents related to Liang, including job contracts, duties, salary and banking statements. These were faked by One Kin Company staff by order of top administrator Ng Kuok Sao.
When analyzing Liang’s bank account, the witness also found that the amount of his salary deposit did not match what he had declared in the work contract to IPIM, showing a significant reduction (of around 15,000 patacas per month).
It was also found that Liang’s banking records were being faked by people within the company, namely Wu Shuhua and Yu Shuhua, who are the 5th and 6th defendants of the case respectively. At a later stage, they had been ordered to make deposits into Liang’s account of an amount compatible with the amount stated at IPIM (MOP50,000 per month). This was money that would then be withdrawn over the course of the month in MOP10,000 increments, and was then used in a new “simulated salary” transfer the following month.