Courts | Scott Chiang’s trial to be repeated on April 30 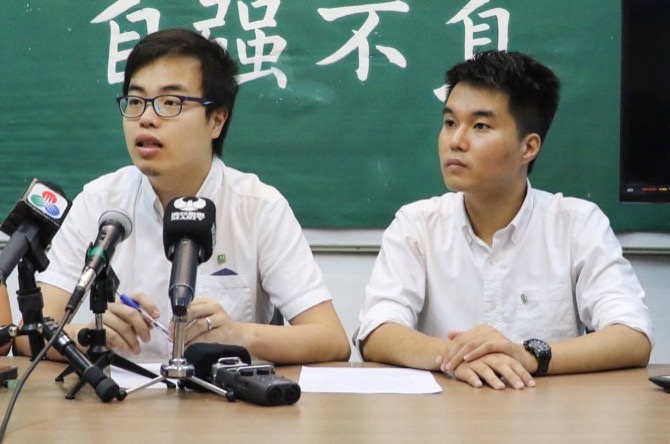 Pro-democracy activist Scott Chiang is scheduled to return to court on April 30 after his appeal earlier this year was upheld.
The trial is to be repeated after Chiang, sentenced in 2018 alongside Sulu Sou for an illegal demonstration, saw his sentence revoked in an appeal to the Court of Second Instance (TSI).

The TSI found that Macau’s Court of First Instance (TJB) had found Sou and Chiang guilty of a crime different to that which they had been charged with in the first place.
At the time, Sou and Chiang were being tried on charges of aggravated disobedience for allegedly disrespecting the orders from police authorities during a street protest held in May 2016 against a controversial RMB100,000 subsidy approved by the Macao Foundation to the University of Jinan.

However, following a highly publicized trial that resulted in the historical decision of the Legislative Assembly (AL) suspending Sou’s mandate as a lawmaker in order for him to be present in court, both defendants were fined for unlawful assembly, a crime with which they had never been charged.

While Sou opted to accept the penalty and not appeal in order to see his post reinstalled at the AL, Chiang appealed the decision in Macau’s second court.

The collective of judges then decided to revoke the sentence of the TSI and called for a retrial of Chiang to allow the defendant to present a defense for the crime that he had originally been charged with. The TSI ruling states that the  crime of aggravated disobedience was unproven.

The TSI has ordered a retrial, scheduled to commence on April 30 at 10 a.m. to remedy the incomplete first trial.