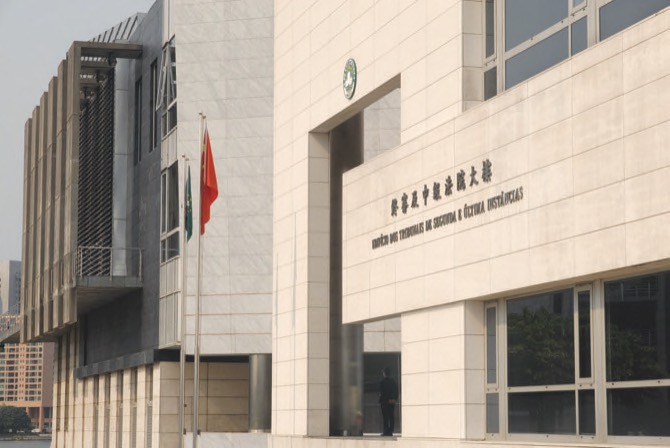 The Court of Final Appeal (TUI) has ruled once more in favor of the government in another case regarding the retrieval of land plots that were not developed during the concession period.

This time, the TUI ruling is regarding plots C5 and C6 of Nam Van Lake, which had been leased in concession to Nam Van Development Company Ltd. under the management of two companies linked with it.

Referencing the resemblance of the case to others, the collective of judges lead by judge Song Man Lei – and assisted by judges Sam Hou Fai and Viriato de Lima – ruled that although the delay in the development of the land plots could not be attributed to the developer, there is no margin in the Land Law that allows for an extension on the period of a concession.

An appeal was presented, referencing letters issued by the Land, Public Works and Transport Bureau (DSSOPT), in addition to other internal communication documents, stating that the projects presented were “considered approvable” but that the administrative procedures of the approval “needed to be temporarily suspended until the approval of the new urban plan for that area.”

However, the ruling from the TUI noted that the DSSOPT letters could not be used as proof of the right of the concessionaire, since “the information or opinions expressed on such documents do not represent, nor oblige the MSAR,” especially after the concession expiration date.

Previously, the executive director of Nam Van Development Company, Patrick Wong, claimed that the company did all they could to develop the land in the given time.

Wong claimed that the company has always fulfilled its duties and cooperated with the government via its representative in the former Secretary for Transport and Public Works, Lau Si Io.

In July 2016, Wong said to the Times, “we [are] not looking for compensation from money that belongs to Macau people. We are looking for a fair solution.”

About a month later, on the sidelines of the Legislative Assembly Follow-up Committee on Land and Public Concession Affairs, Secretary for Transport and Public Works Raimundo do Rosário admitted to being aware of a government “land debt” which amounted to almost 89,000 square meters.

The Secretary admitted that the debt was years overdue, reaffirming the government’s intentions to repay it at that time.

Contrary to what was stated in 2016, the Secretary has since rejected the idea that the compensation will come in the form of any land in newly reclaimed areas, proposing that, as planned, this should be achieved through the allocation of existing, but idle land plots.

At the moment, the land plots attributed to the concessionaires in the cases of the Wynn and MGM swaps (which refer to plots C and D of Nam Van Lake) and those related to the exchange of land over the Seac Pai Van public housing are considered to be included in the government’s land debt.