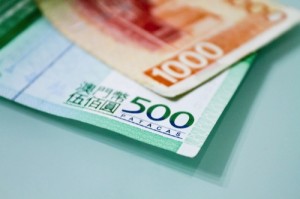 Lawmakers José Pereira Coutinho and Leong Veng Chai have urged the government to launch measures protecting the local currency.
Both had addressed the issue in March, but government responses to their enquiries were not satisfactory, they said in a recent written enquiry. José Pereira Countinho and Leong Veng Chai argue that many services or shops request payment in foreign currencies instead of allowing clients to pay with patacas.
Coutinho recalled that back in March he had submitted an enquiry to authorities regarding measures to supervise local currency use. He was also eager to know more about measures taken to simplify pataca exchange procedures in neighboring regions such as Hong Kong, Taiwan and Zhuhai.
Lawmakers claim that a high number of shops and commercial areas do not provide prices in patacas, thus violating the law.
José Pereira Coutinho and Leong Veng Chai questioned the government yet again on measures taken to supervise the use and exchange of local currency.