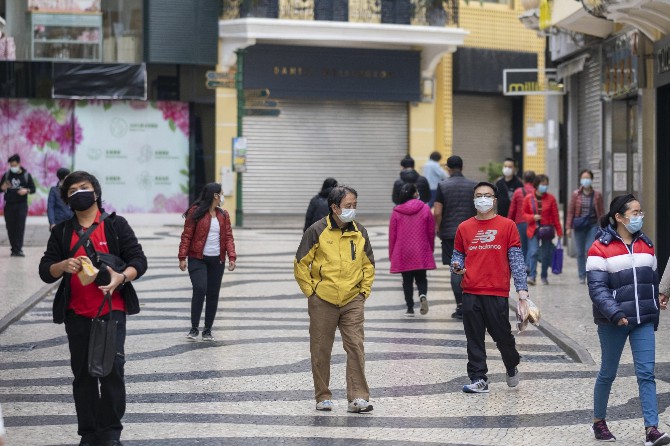 Yesterday marked the 100th consecutive day without a new case of Covid-19 in Macau, according to the Novel Coronavirus Response and Coordination Center, even as two people connected to the SAR have tested positive for the coronavirus in the last two weeks.
Macau has registered 46 cases of Covid-19 since the virus first spread to the SAR in late January. The territory has just one active case, while the other 45 people have been cured.
Last month, the Times reported that the SAR was one of just 15 countries and territories to have reportedly eliminated Covid-19, with most of the others being small island nations that are distant from Covid-19 epicenters. That is a view shared by local health authorities, who yesterday marked 100 days since the last non-imported case was registered in the city.
The Health Bureau (SSM) told Macau Daily Times yesterday that the count excludes cases that are being treated as imported. An official representative said that the criteria used to determine local and imported cases in Macau adhere to World Health Organization guidelines.
The last non-imported case was confirmed on March 28. The individual, a 32-year-old male resident of Portuguese nationality, was confirmed as the 37th case of the coronavirus in Macau.
He was the fiancé of the 11th case, a non-resident worker of Korean nationality, and both had visited relatives in the northern Portuguese city of Porto, before returning to Macau via Dubai and Hong Kong. Initially, upon his entry to Macau, the fiancée had tested negative for the coronavirus. Accordingly, the SSM treated his later infection as a local case, while his partner was considered to be an imported case.
The following nine cases to be reported in Macau have all been categorized as imported cases and therefore do not count towards the SSM’s 100-day tally.
The most recent case recognized by Macau health authorities concerns a 57-year-old resident who arrived in Macau on June 25 via the special ferry service from Hong Kong International Airport. He is currently receiving treatment at the public hospital.
On Sunday, news broke of a Macau-based migrant worker from the Philippines who had tested positive for Covid-19 in her home country about two weeks after departing the Macau SAR.
Health authorities in Macau say that, judging from the timeline and the current virus conditions in the Philippines, “it is not likely she contracted the virus in Macau.”
Foreign Affairs Undersecretary for the Philippines, Dodo Dulay, mistakenly wrote on his Twitter account yesterday that the former migrant worker was “the only active Covid case in Macau at present.” The Consul General at the Philippine Consulate General in Macau, Lilybeth Deapera, promptly corrected Dulay, to note that the single outstanding case is another individual who happened to return from vacationing in the Philippines.
The Southeast Asian nation had recorded more than 46,000 cases and 1,300 deaths from Covid-19 as of Monday night.
Nobody has died from Covid-19 in Macau to date, and there is no record of any infection among healthcare professionals and other frontline staff.