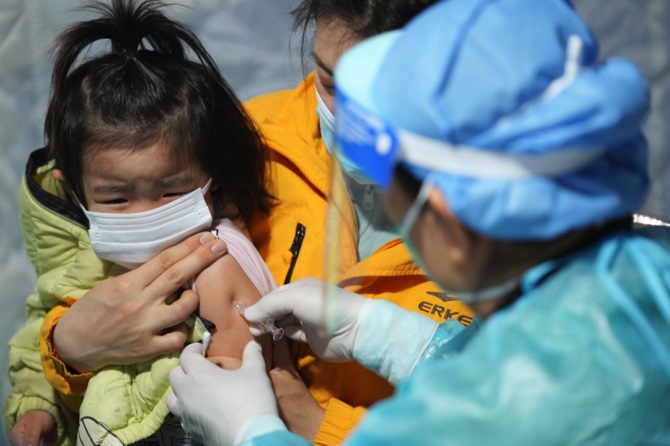 Macau has approved lowering the age limit for China’s inactivated vaccine to three years old, down from 12 years of age, starting from today.

According to the Chief Executive Dispatch No. 179/2021, Sinopharm is now applicable to all persons aged between three years and 60 years, and to persons aged 60 years and over in good health or with an increased risk of exposure.

This comes several months after China has begun to allow those aged between three and 12 years old to get its homegrown Covid-19 vaccine shots.

Over the weekend, Hong Kong also extended the age eligibility of children taking the CoronaVac, also known as the Sinovac Covid-19 vaccine.

The government announcement noted that “adolescents aged 12 to 17 will be accorded priority to receive the CoronaVac vaccine, with a view to extending to children of a younger age group at a later stage.”

Official statistics in the MSAR shows that the city’s population between zero and 14 years comprised 13.3% of the overall population in 2020, totaling 90,850 individuals.

The mRNA vaccine has been available to people aged 12 years and over since last month. The move was made to increase the rate of vaccinated individuals among secondary students.

Currently, Macau’s vaccination rate has reached 70% of the total population.

Similar to Beijing and Hong Kong, Macau has retained strict travel restrictions and it is only open to entry for its residents and Chinese nationals in a bid to deter a new outbreak.

This move is largely in contrast to a global trend of opening up and living with the pandemic as these regions aim to realise its zero-covid policy.

From 1 a.m. today, the validity period of Covid-19 nucleic acid test (NAT) for border-crossing purposes has been extended to seven days, the Macau government announced. Individuals using all land borders to Zhuhai from Macau should hold a NAT result issued within the seven preceding days, otherwise they will not be allowed to enter Zhuhai. In addition to this requirement, other immigration necessitations, such as ID or visas, must be presented. Individuals trying to enter Macau from Zhuhai have unchanged requirements. The government reminds travelers to be mindful of all disease control measures in Zhuhai.