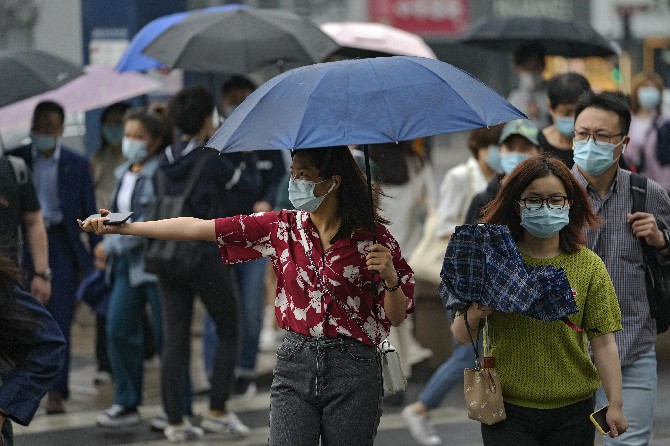 Director of the Health Bureau (SSM), Alvis Lo, said that due to the more effective tracing of Covid-19 cases in Guangdong, Macau has decided to retain uninterrupted interactions with the province.
Lo’s comments come following requests that he justify why entrants from Hong Kong and Guangdong are treated differently, as recent new cases have been recorded in Guangzhou, the provincial capital, as well as its nearby Foshan City.
The health official stressed that all control measures were decided upon and implemented based on scientific facts and proof. He recapped an earlier disclosure by his superintendent, Secretary for Social Affairs and Culture, Elsie Ao Ieong, that communications are constantly taking place between Macau and Hong Kong, and emphasized that seamless interactions between the two Special Administrative Regions may be possible.
However, he said, disease control measures in mainland China have been prompt and resilient. “For example, when a new case is spotted, mainland authorities can identify immediately that the location is of mid-risk,” Lo said, adding, “Furthermore, authorities can also cordon off a district and conduct district-wide PCR testing within a very short period of time.”
In addition, he said, the epidemiological investigative ability of the mainland is “quite strong.” He then pointed to the recently quarantined local who went to a tourist attraction in mainland China and was within three meters of a close contact to a recent Guangzhou patient as an illustrative example. Guangzhou now requires individuals to have negative PCR results issued within 72 hours in order to leave the city. This is seen by the local health official as a “powerful” measure.
Last but not least, Lo noted that the Macau-Zhuhai collaborative prevention and control mechanism provides real-time data to both jurisdictions so that updates on measures can come punctually.
“When problems arise, we will put corresponding measures in place,” Lo said. “It has precedents proving so.”
Ao Ieong added that individuals who can enter Macau without quarantine are from low-risk areas, “Whether we’re talking about Hong Kong or Macau.”

Residents may benefit from DSEDJ platform
As of 5pm yesterday, 1,700 individuals have filled out the Education and Youth Development Bureau online form to express their desire to return to Macau. Among these are 1,161 Macau students currently studying in Taiwan, 440 of whom have already bought flight tickets.
Recent data indicates that the peak time of return for Macau students in Taiwan falls during June and July, with 459 in the former month and 415 in the latter. Moreover, 539 Macau students studying in other places have also filled out the online form.
For the time being, the online form is only open to Macau students studying outside of the city; but future change has been hinted at.
Ao Ieong disclosed that the government is hoping to open the online form to other Macau residents who are not students, “Because we know there will be other non-student residents who want to get home during the summer holiday.” Ao Ieong went on to note, “Therefore we need to make preparatory measures to inspect how we can handle their quarantine-upon-arrival and how they can return to Macau.”