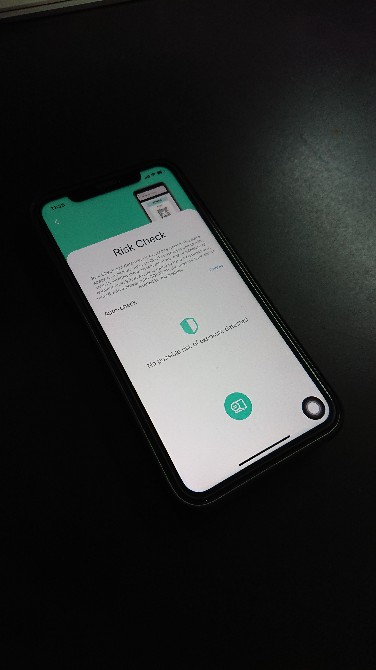 Health authorities are reportedly pleased with the rates of usage of the new mobile application (app) that generates local health codes and traces users’ itineraries.
In the Novel Coronavirus Response and Coordination Center press briefing yesterday afternoon, Dr Leong Iek Hou said authorities are happy with the results recorded one week after the new system began operation.
“Since Thursday last week, [as of] until 9 a.m. [yesterday], we have recorded 53,079 people that have successfully registered in the new app,” Leong said, adding that over 159,000 health codes have been generated through the app so far.
“This means that about 8% of the population is already using it. We think [these figures] demonstrate that people are happy with it and we hope more people will download it because is much more convenient,” Leong remarked.
The official announced that in the next few days several services operating under the Health Bureau will post QR codes in several locations that will let people directly download the app. She urged the population to begin using it, as it is “more stable than the previous version and it has added functions.”

Olympic medalists to follow same guidelines
When asked by the media about the possibility raised by the Sports Bureau (ID) that a group of Olympic medal winners from China could tour Macau in December after passing through the neighboring region of Hong Kong, Leong explained that the prevention and control guidelines in force apply to everyone, and there would be no exception for Olympic medalists.
“What we look at is the travel history of these people. If they have been in areas of medium or high risk for the Covid-19, they must comply with the measures into force,” she said. “This applies to any residents or non-residents entering Macau. They need to undergo quarantine [or not] according to their travel history. This is the main aspect we look at when they arrive at Macau — their travel history and not who they are.”

Border reopening with HK not yet authorized
In response to questions regarding the potential reopening of the borders between Macau and Hong Kong, Leong said the matter is down to a three-party negotiation in which the central government takes the leading and decisive role.
“We follow a uniform principle. If Hong Kong and the mainland agree to reopen the borders, we can also move forward after that. But, so far, there is no concrete [new] information on this matter,” she said. She hinted that China’s National Health Committee (NHC), which is currently touring Hong Kong, is evaluating conditions in order to decide on the future enforcement of border controls.