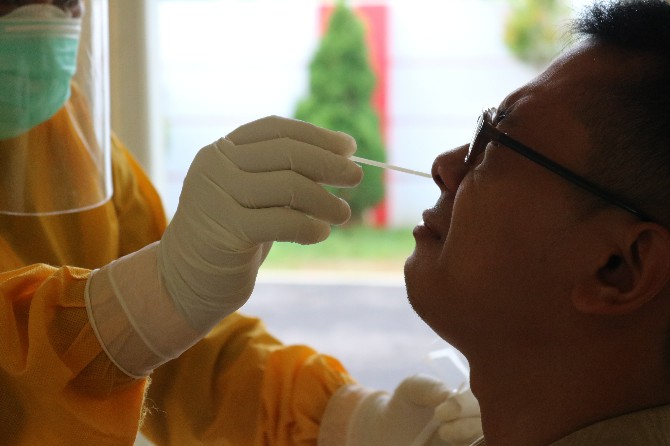 Although mass testing for Covid-19 for the whole population is not yet a certainty, local health authorities have not dismissed the possibility, stating that a plan for population-wide testing is under consideration.
In response to a question from the media, Tai Wa Hou, medical director from the Conde de São Januário Hospital Center and coordinator of the Health Bureau’s (SSM) Covid-19 Vaccination Operation, said, “We are looking for suitable locations. They must be close to residential areas and also require quite a large space.” Furthermore, he said, “At this moment, we do not have a date for mass testing because we are not even sure if we are going to do it. We are preparing because we need to have a plan in case it becomes necessary to have [wide scale] testing.”
According to previous comments from SSM director, Alvis Lo, mass testing for the whole population would only be considered in case there is an outbreak in the community.
Tai remarked that several factors would contribute to the decision – specifically, the situation of the neighboring regions and in particular the mainland cities, where new outbreaks of the disease have been reportedly occurring.
As had Lo, Tai also remarked that the possibility of finding new cases in the community would be an important factor in the decision to test the whole, or part of, the population.
“This can be done for the whole population in Macau or, it might be restricted to a certain group, or even just to a particular area. Several options are being considered in our plan,” he concluded.