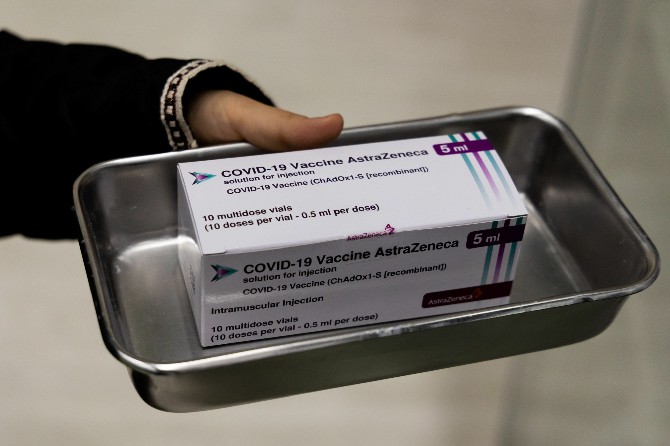 The SAR government has suspended the import of AstraZeneca Covid-19 vaccines from the manufacturer, which were originally slated to arrive in Macau in the third quarter of 2021, director of the Health Bureau (SSM) Alvis Lo revealed yesterday.
The government’s decision came after a series of cases were reported in other countries, in which patients were diagnosed with a rare yet serious blood-clotting disorder after receiving the AstraZeneca vaccination.
“Currently, Macau has a sufficient amount of vaccines to provide inoculations for the city’s residents. As a result, the city does not have a pressing need to bring in AstraZeneca vaccines at this stage” Lo told the press after the opening ceremony of the National Security Education Exhibition yesterday.
Lo said the SAR government requested to suspend plans to import the AstraZeneca vaccine. The manufacturer, British-Swedish pharmaceutical firm AstraZeneca, had also agreed with the postponement.
According to the most up-to-date advice by the World Health Organization (WHO), taking the AstraZeneca vaccine is still considered to hold more benefits than potential risks, and the WHO still advises in favor of its continued use, Lo said.
In spite of that, the European Medicines Agency (EMA), the European drug regulator, announced earlier this month that there is a possible link between the AstraZeneca vaccine and blood clots.
As of now, many countries have suspended the use of the AstraZeneca vaccine, including Iceland, Norway, France, and Germany.
On Wednesday, Denmark became the first country to decide to discontinue administering the AstraZeneca vaccine permanently.
According to SSM’s dedicated website, the replication-defective adenovirus vector vaccine developed by AstraZeneca has 70% efficacy.