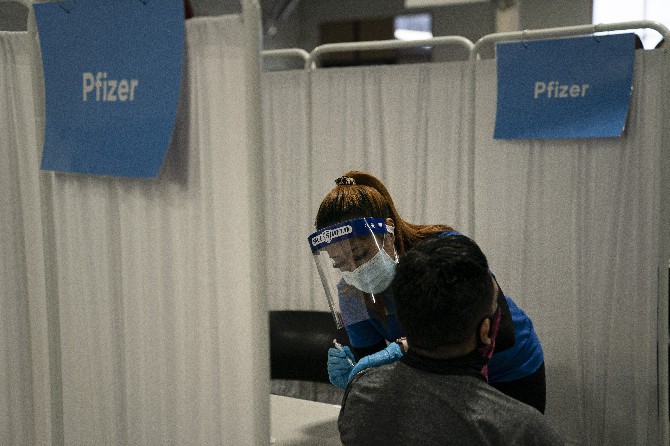 Taiwan’s government faces mounting pressure to work with China to obtain Covid-19 vaccines, a politically unpalatable option for officials in Taipei struggling with an outbreak that risks disrupting tech supply chains.
President Tsai Ing-wen’s administration this week ruled out attempts by some local officials to directly obtain Pfizer Inc.-BioNTech SE vaccines from Shanghai Fosun Pharmaceutical Group Co. The China-based drugmaker, which has an agreement to develop and distribute them in the greater China region that includes Hong Kong, Macau and Taiwan, has repeatedly said it wants to supply the BioNTech vaccine to Taiwan.
Tsai and her party have blamed China for scuttling an earlier order of millions of BioNTech jabs, although Beijing has rejected that claim. She said this week vaccine procurement will be handled by central government as it involves emergency authorization process and distribution.
On Thursday, several Taiwanese officials defended the government’s moves, with Health Minister Chen Shih-chung saying the deal with BioNTech fell apart after the company “strongly suggested” the removal of the word “country” in the press release announcing the arrangement. While Taiwan agreed to the wording change, he said the deal collapsed “not because of something within the contract.”
“Both sides had reached consensus and we had gotten the government’s approval,” Chen said. “We just needed to exchange the contract. So you can see there are many uncertainties, and we were blocked in the last minute. We still wanted to follow up afterwards, but there was no deal.”
Chen added that Taiwan would only potentially speak with Fosun if they got authorization from BioNTech or Pfizer. Taiwanese cabinet spokesperson Lo Ping-cheng said separately the government was more interested in buying Western vaccines than Chinese shots, which have been shown in some studies to have lower efficacy rates.
“If we directly buy vaccines from China, there may be concerns about security, efficacy and legal issues,” Lo said in a briefing. “Instead of asking China to provide vaccines, we should all ask China to let go and not to intervene with Taiwan buying vaccines directly from international pharma companies so that it can meet expectations of Taiwan nationals and our national interests.”
China’s Taiwan Affairs office accused Tsai’s political party of violating “business rules and trust” in bypassing Fosun Pharma in an attempt to buy vaccines directly from BioNTech, spokeswoman Zhu Fenglian said in a statement. It said allegations that China is blocking sales of the BioNTech vaccine were “fabricated out of nothing.”

Partnership Mulled
Last year, Fosun Pharma reached out to Taipei-based TTY Biopharm Co. Ltd to discuss distributing the BioNTech vaccine in Taiwan, but the talks fell through at the last minute due to political concerns, according to a person familiar with the situation who asked not to be identified. Company officials had seen the partnership as a way to work around the political deadlock stopping Fosun from directly supplying the vaccine to Taiwan, the person said.
Representatives from Fosun and TTY Biopharm didn’t immediately respond to requests for comment on Thursday.
Fosun Pharma has long said it hoped to provide Taiwan with vaccines. In an interview with Bloomberg News in March, Guo Guangchang, chairman of the Chinese drugmaker’s parent company Fosun International Ltd., said the company “has the responsibility, duty and willingness to offer the best vaccine to the Greater China region, including Taiwan.” Fosun Pharma’s CEO Wu Yifang told China’s official Xinhua News Agency this week that the company has actively pushed to provide the vaccine to Taiwan through multiple channels going back to last year.
Tsai, who was re-elected in a landslide last year after taking a strong stance against China’s interference in Hong Kong, has seen her approval rating dip below 50% for the first time in a year in the wake of Taiwan’s worst outbreak during the pandemic. After months with zero daily Covid cases, health authorities in Taipei are now grappling with more than 500 cases a day along with growing criticism for being complacent with a vaccination drive.
While the Biden administration has said it will donate tens of millions of spare vaccine doses following a successful vaccination drive at home, it’s unclear how many – if any – might be sent to Taiwan as more deadly outbreaks occur in places like India. A senior Taiwanese official in the U.S. last week called for the world to send vaccines to avoid more chip shortages from Taiwan Semiconductor Manufacturing Co. Ltd. and other companies.
On Wednesday, a Chinese official criticized Tsai’s ruling Democratic Progressive Party for blocking the entry of a mainland company’s Covid shot.
“Covid-19 is rapidly spreading in Taiwan, but the DPP authorities are still turning a blind eye to the shortfall of vaccines and to the expectation of Taiwan people,” said Zhu Fenglian, a spokeswoman for the Chinese State Council’s Taiwan Affairs Office. “They not only block Taiwan people from using mainland-made vaccines with various excuses, but also obstruct vaccines represented by a mainland company from entering Taiwan.”
The government in Taipei views Taiwan as a de-facto sovereign nation, even while it avoids a formal declaration of independence that could trigger a war. China, meanwhile, claims the set of islands as its own territory and hopes for “reunification” – a term disputed in Taiwan. MDT/Bloomberg 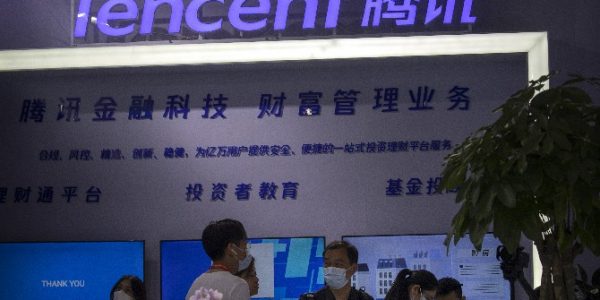 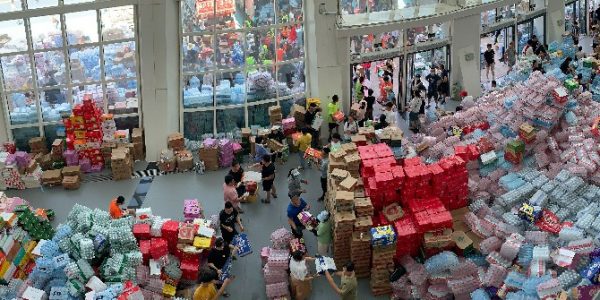 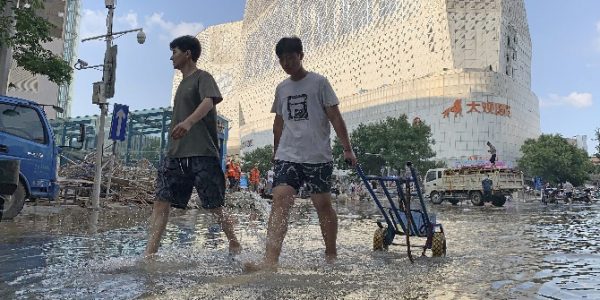