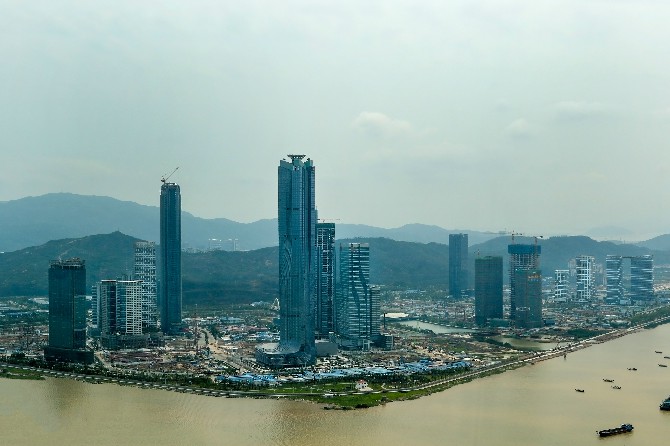 Thirty-six Macau members of the Chinese People’s Political Consultative Conference (CPPCC) have brought a communal proposal to Beijing, which includes a request to extend Macau’s law to Hengqin.
Roughly, the proposal consists of four parts, ranging from cooperation plans to judicial formation.
In particular, the group recommended a model to allow Macau and Hengqin to “negotiate, build, manage and use” together under the premise of the One Country, Two Systems policy. The doctrine will be adopted in the “in-depth cooperation zone” of Hengqin and Macau.
While elaborating on the model, the Macau representatives at the CPPCC indicated they want to break through the institutional barriers between the two places.
“Under the premise of observing the national constitution and the Basic Law of Macau, [we shall] extend some laws, systems and rules of Macau as a free port, to the in-depth cooperation zone, in order to build a judicial institutional system in which mainland China shall be in charge of the politics, security, and criminal justices, whereas civil and commercial systems and rules are to be connected to Macau and international standards,” the group explained.
Macau’s Chief Executive, Ho Iat Seng, used the policy address occasion last month to express his wish to see Hengqin become a “second Macau.” Offering few details, Ho said that he would like Hengqin to adopt the same “system” as the SAR, in order to help Macau’s development. At the same time, he said Macau law would not be applicable to the nearby island.
Under the recent CPPCC proposal, the Macau delegates are calling for more economic measures to bring the two territories closer. As of today, Hengqin has already granted a “Macau people, Macau tax” policy for local residents who work in Zhuhai.
The delegates suggested that Hengqin create more tax exemptions so that tourists would not be taxed for their shopping goods.
Signatories of this proposal include Liu Chak Wan, Chancellor of the Macau University of Science and Technology, businessman Chan Meng Kam, Leonel Alberto Alves, lawmaker Chui Sai Cheong, sister of the Chief Executive, Ho Teng Iat, and other prominent elites in Macau.
They expect that by making these administrative improvements, Hengqin will provide both Macau companies and residents with a commercial environment and living conditions similar to that of Macau and the developed part of the world. JZ