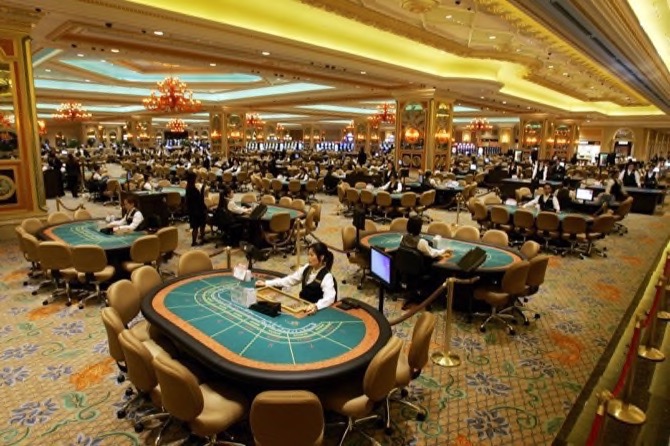 Scams in Macau continue to grow more popular, including those associated with currency exchange, gambling-related activities, internet dating and entertainment tickets. The operators and victims of the scams involve both locals and tourists alike.

At yesterday’s joint police press conference, the Judiciary Police (PJ) spokesperson reported that a total of six scams had occurred or been partially resolved in the last few days.

In perhaps one of the most unlikely scams, a group of four men from the mainland aged 22 to 34 attempted to scam loan sharks operating at casinos in Macau.

The incident occurred on July 18, when the group of four arrived in Macau with a plan to trick loan sharks. The eldest member of the group posed as a casino player and began wandering around casinos in Cotai, intending to be spotted by loan sharks. Meanwhile, the other three provided support by observing the interactions.

The man was eventually offered a loan. He accepted and went to a restaurant in the Peninsula’s ZAPE area to obtain an undisclosed sum of money.

Afterwards, the man, followed closely by two men from the loan sharking group, went to gamble at the casino and lost a significant portion of the money.

With only HKD36,000 left, the man instructed his accomplices to come close to him so he could pass them the remaining money.

Unfortunately, they were spotted and the group of scammers fought with the loan sharking group members, before being stopped by casino security staff who called the police.

During the inquiry that followed, the suspects admitted to the crime, saying that member who posed as a gambler had organized the scam.
They were all presented to the Public Prosecutions Office (MP) on July 20.

In a separate case, authorities finally caught a man who had allegedly been involved in a currency exchange scam that took place on May 16. The man was apprehended while trying to reenter Macau via the Border Gate checkpoint.

The case was filed by a 23-year-old male from the mainland, who police claim was in charge of an illegal currency exchange business.

The main suspect was said to have received a call from a client who wanted to exchange HKD600,000 and they agreed to meet at his hotel.

Since the suspect was taking so long, the victim entered the supermarket to look for him, only to find that he had disappeared. The victim then returned to the entrance to discovered that the suspect’s friend had also vanished, leading him to press charges against the duo.

On July 18, the suspect’s friend was arrested while attempting to reenter Macau through the Border Gate checkpoint and taken for questioning.

He told the PJ he knew nothing about the case, denied accusations of involvement and blamed his friend, the main suspect, who is still at large. While continuing to search for the main suspect, the PJ says it has gathered enough evidence to prove that the man in custody participated in the scam.

In a different currency exchange scam, a 38-year-old mainland woman targeted a mainland man who asked her to exchange RMB43,900 into HKD50,000.

After collecting the RMB43,900 via WeChat pay, the woman claimed that she was having difficulties checking whether she had received the money, using it as an excuse not to immediately repay the man.

After a while, she asked him to transfer the same sum again via Alipay, continuing to claim that she was having problems with WeChat.

After the second payment, she gave the man RMB10,000 in cash, saying that she could not repay the remaining amount because of her problem with WeChat.

She told the man that he could collect the HKD50,000 at the VIP room of a casino but vanished as they entered the casino, leading the man to press charges against her.

On July 19, the woman was detained at the Lotus Flower Border Checkpoint while trying to reenter Macau and was forwarded to the MP on July 20, charged with scamming.

The PJ also revealed two cases of people involved in scams associated with the purchase of concert tickets in Macau. The cases involved a man from Macau and a woman from Malaysia. The cases occurred on July 20 and 21, and took place after the victims searched the internet for solutions after being unable to buy concert tickets from official websites.

One victim, a local man, said he saw a page offering concert tickets and placed an order for two tickets.
A few moments later, he was contacted by someone who told him he needed to pay half of the cost of the tickets (MOP880 in total) as a deposit, with the other half to be paid upon collecting the tickets at the concert venue.

On the day of the concert, he went to the arranged place but could not locate the person or the tickets. He tried to contact the person who had instructed him, only to discover that he could not anymore.
A woman from Malaysia lodged a similar complaint the day before, although the modus operandi was slightly different.

In her case, she claimed she had received a QR code for a payment of RMB698 for tickets.

Afterwards, she was contacted by alleged staff of the website who told her that the payment had not been made due to incoherent information, asking her to make the payment once more.

The conversation continued, with the scammers requesting two more payments of RMB1,689 and RMB3,975. When she still failed to receive her ticket, she filed a complaint with the PJ, claiming a total loss of RMB7,758. Renato Marques