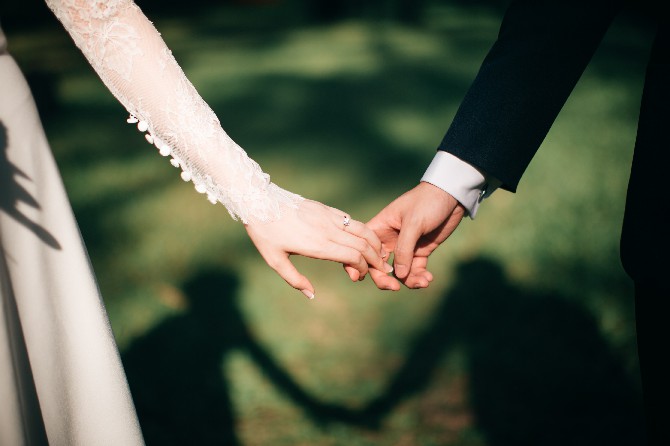 A local woman is being accused of having engaged in a sham marriage to see an old debt repaid by the family of her alleged husband who is a mainland resident), the Judiciary Police (PJ) reported yesterday during the regular joint press conference of the police forces.
According to the PJ spokesperson, the case was brought to the attention of police via a letter from an undisclosed source, which claimed that the couple’s marriage, through which the man acquired Macau residency documents, was fake.
After receiving the letter in April last year, the PJ commenced an investigation with the support of the Identification Services Bureau (DSI) and the Public Security Police Force (PSP).
According to records from DSI and PSP, it was revealed during the investigation that the couple registered their marriage on August 13, 2019. The couple immediately submitted a request for a residency permit for the husband, a 57-year-old from the mainland. According to the records, the man had no previous link to Macau or the woman.
In October 2020, the PJ reported that the woman was called to testify on the case and had admitted to the crime. Her alleged reason for participating in the scheme was that she had acquired a debt of about 50,000 patacas that she had not been able to repay.
The woman said that the man’s family in the mainland had offered to resolve her debt in exchange for her support in obtaining Macau residency for the man.
At the time of the woman’s detention, the man’s whereabouts was unknown and the PJ was unable to find him.
Last Saturday, the man was finally intercepted while he was attempting to reenter Macau. Upon questioning by the police force, he denied the accusation that the marriage was fake and undertaken solely for the purpose of obtaining the ID.
The man claimed that he had always lived with the wife, notwithstanding that both the border crossing records and the woman’s testimony prove that such a claim is not possible.
They were both presented yesterday to the Public Prosecutions Office to be charged with document forgery, aggravated by another charge of forging a document of special value (Article 245 of Macau Penal Code) and incurring a penalty ranging between one and five years of imprisonment.