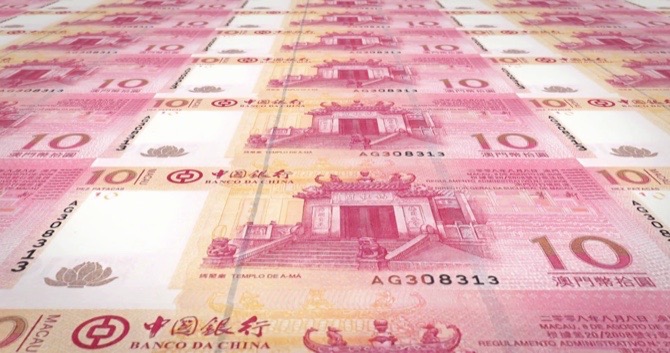 A local 33-year-old woman has been arrested by the Judiciary Police (PJ) suspected of having scammed at least 13 people out of MOP8.95 million, the PJ spokesperson reported yesterday during the joint press conference of the police forces, held at the Public Security Police Force (PSP) facilities.

According to the report, the victims, 13 in total, include 12 local residents and one mainland resident. All of the victims had made contact with the woman through her previous job at a luxury boutique.

The PJ spokesperson said that the police had been receiving complaints on the case starting February 21, with the last complaint recorded on April 25. During this period, the woman made use of contracts acquired from her previous job to offer the victims two kinds of supposedly-profitable ventures.

In the first, she offered to exchange HKD currency into RMB at a very favorable rate. Ten of her victims agreed and transferred high sums to the suspect through several means.

According to the PJ, the woman never transferred any funds to any of the victims, making use of her friendly relationship and the fact she was known by the victims to delay the payments.

Another three victims claimed she offered them a different scheme, based on a short-term money deposit that would allegedly lead to high-interest returns of up to 10% in 10 days. The woman never repaid any of the investors.

The PJ says that the details in the case unfolded on April 26, the day that the suspect went by her own initiative and will to the PJ.

According to her testimony at the force, she said she had no intention of scamming anyone. Instead, she was using the funds in another investment that would grant her enough money to return what she had promised to the investors.

She claimed that because she put all the money in the investment, she has no way to return it at the moment to the people involved. The police did not believe her and forwarded the case to the Public Prosecutions Office (MP) on April 27.

In another case of scam, the same police force spokesperson said that a non-resident woman, over 60 years old, had been reportedly involved in a social network scam perpetrated by an unknown man.

The woman that presented a complaint at the PJ only recently said she had met the alleged man on a social network back in 2014 and that they had been communicating over several channels and online platforms over the past five years in a long-distance relationship.

After almost one year of communication, the woman said that the man informed her he needed to move to Malaysia to work and live but he had difficulties establishing himself there, requesting money from the victim to allegedly settle in the new country and promising he would return it as soon as possible.

From 2015 and until the start of 2019, the woman claims that she transferred a total of USD89,400 (over MOP720,000) in several installments to an account in a Malaysian bank indicated by the man.

On February 28, the same man contacted her again saying that he had sent a parcel with gifts to the woman, which included an iPhone, an iPad, and several valuable jewels. Unfortunately, the parcel had been retained by the customs in Malaysia because of its value and he had to pay a high amount in taxes in order to get it back.

The woman again believed his story and transferred an additional amount of $27,945 (around MOP226,000) to the same bank account.

In total, and taking into account the different rates, she has calculated losses of over MOP913,000.

Two women from the mainland said to be friends decided to come to Macau to gamble on April 24.

According to the PJ, one of them that had a high sum in cash and gaming chips and asked her friend’s help to look over a portion of them for some time.

After claiming to visit the bathroom, the friend disappeared taking with her about HKD200,000 in cash and chips.

The victim finished gambling in the afternoon of the same day and called her friend to arrange to meet inside a hotel room at the central Macau casino resort in which they were staying.

The suspect agreed but when she arrived at the hotel room she immediately told the victim she had gambled all the money and chips away.

The victim then called the PJ from the room to request their assistance. She claims to have lost a sum of about HKD200,000. Her former friend is now being charged over the crime of ‘breach of trust.’

The PSP spokesperson informed yesterday that an officer on duty caught a tourist from the mainland on April 26 during a routine operation of identification checking.

According to the police, the man was acting suspiciously at Rua de Lei Pou Chon in the northern district. His behavior prompted the officer to ask for his identification.

The suspect presented a valid travel document for Macau and Hong Kong but he was very nervous and, suspecting that something was not right, the officer performed a body search that found one non-resident worker permit (commonly known as a blue-card) that appeared to be a poorly-made forgery, using even the wrong colors for this type of document.

Further investigation revealed that the man had acquired the forgery in the city of Zhuhai for the price of RMB150 with the purpose of trying to find a job in Macau.