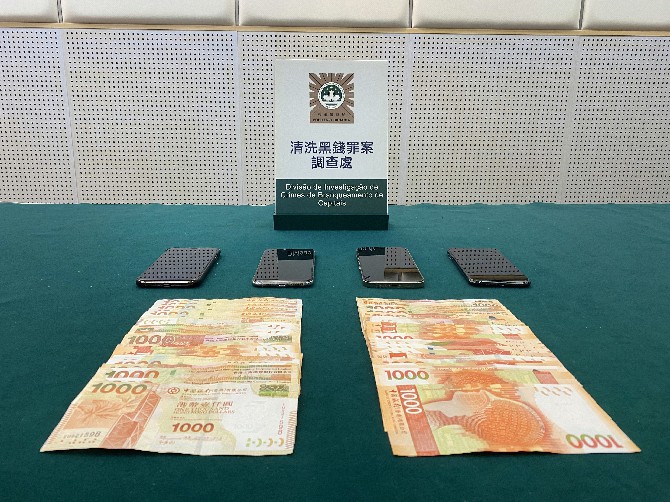 Local police have detained three people suspected of money laundering with links to Australia, the Judiciary Police (PJ) revealed yesterday in a special press conference.
According to the PJ spokesperson, investigation of the case started back in 2017 when the Financial Intelligence Office (GIF) delivered two reports about suspicious banking transactions to the Public Prosecutions Office.
At the time, the GIF noted that in September 2017, two companies in Macau had received large sums of money from another two companies based in Australia, totaling HKD8,670,000 – a suspicious amount given the bank accounts from these companies had been idle for a long period.
After some time, the banking institutions in Macau that received the sums were asked by counterparties in Australia to return the funds on the grounds that they had been stolen as part of a computer hacking scam. The hackers had illegally accessed the companies’ accounts and stolen the sums, transferring them to the accounts in Macau.
After investigating, the PJ discovered that once the funds were deposited in the Macau accounts, the money was quickly withdrawn through seven bank cheques by six different people.
The PJ has also been able to identify the main suspect in the case – a male resident from Hong Kong. The suspect had traveled to Macau on several occasions to find people to pass the funds through different bank accounts to hide the operation and avoid raising the suspicions of the authorities.
The man was identified as a friend of all three suspects who are now detained. The detained suspects include the partners of the companies in Macau purported to trade artwork and a local woman who was a staff member of a casino VIP room.
One of the partners was a male resident brought in from the mainland alongside a local man.
On April 14, the three suspects were brought into the PJ headquarters for questioning.
All three suspects confessed to helping the man from Hong Kong – currently on the run – to move the money using their bank accounts or by recruiting other friends to participate in the scheme.
While the two males admitted to receiving compensation of HKD30,000 for providing assistance, the woman denied that she had received any reward for her involvement. She reported that she had participated because the main suspect was a reputable patron at the VIP room and had given her many tips in the past.
The other Macau resident, who is an owner of one of the companies involved in the scheme, is also at large. The PJ is currently looking for his whereabouts.
The spokesperson also added that the PJ has requested cooperation from the Hong Kong authorities to locate the main suspect in the case, and to trace the proceeds of the money laundering scheme. Currently, the PJ only knows that the full amount has already been transferred out of Macau.
For the time being, the three suspects are all being accused of money laundering. The male resident of Macau in police custody, along with the other local who is at large, are also being accused of document forgery. Both signed a document delivered to the banking institution in which they claimed that the money received in the company bank account was in relation to the acquisition of artwork.