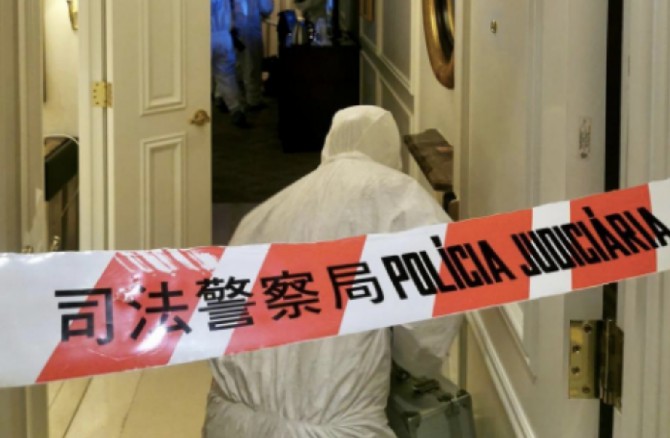 A man suspected of committing a murder that took place early this month in a hotel room at a Cotai resort has just been arrested in Hubei Province, China, the Judiciary Police (PJ) announced.
Aged 40, the male suspect will not be handed over to Macau and will face court hearings on the mainland.
The victim, a mainland woman in her 50s, operated an illegal currency exchange in Macau.
Although the report was received on May 7, the PJ discovered that the killing may have occurred four days earlier. At about 10:30 p.m. on May 3, the suspect and the victim entered the hotel room together. Forty minutes later, the suspect left the room for the casino.
The police obtained evidence that the victim carried HKD250,000 to Macau. This fact led the police to believe that the suspect robbed the victim in the room and killed her with the cord of a bathrobe.
The room was booked under the suspect’s name.
After playing at the casino, the suspect left for mainland China. Before his departure, he told the front desk that no cleaning service was needed. He also extended the booking online.
The murder was uncovered when the housekeeping agent entered to clean the room on May 7. AL