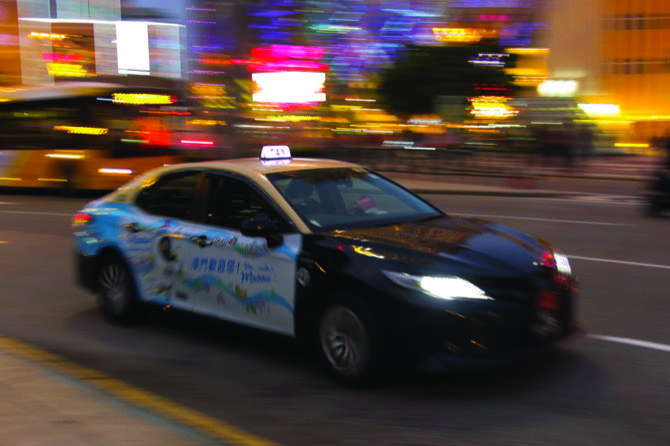 The Court of Second Instance (TSI) has ordered a taxi driver who physically assaulted his female passenger to pay MOP70,000 in compensation to the victim.

On February 2, 2016, the victim entered a taxi at the Lotus Bridge Checkpoint. The driver argued with the victim about the short distance and low fare. The incident escalated and the taxi driver moved to the back seat and punched her in the face three times.

The Court of First Instance had previously sentenced the driver with a fine of MOP12,000, in addition to requiring him to pay MOP25,000 in compensation to the victim.

The victim then filed an appeal to the TSI, requesting compensation of MOP100,000, considering the physical and psychological damage from the incident.

The TSI ruled in favor of the victim, taking these facts into account.

She sustained bruises and wounds for nearly 10 days, while the pain in her left ear lasted for about three weeks. The Court has also considered that, since the victim worked in a public-facing role as a salesperson, her wounds have caused her inconvenience at work, as well as making her anxious and fearful.

Police authorities say they have detained two foreign men on suspicion of having installed hidden equipment within various ATM machines in Macau, with the aim of stealing data from the bank cards or credit cards of users.

The investigation began after the police received several complaints from banks who were suspicious that someone had installed equipment within ATM machines with the purpose of stealing data from bank cards or credit cards.

The police were able to identify two foreign suspects, and, following a search of the place where they were temporarily staying, found sets of filming devices, reading and writing cards, several fake credit cards in the finishing phase and white cards, which are suspected of being used for criminal activity.

The Public Prosecutions Office is investigating the two defendants because there are indications of the crime of counterfeiting cards. In a statement, the Office said that these offences “seriously affect Macau’s financial order.”

The crime is punishable by imprisonment of between 2 and 12 years, if proven.

The two defendants have had the preventive measure of pre-trial detention applied in order to mitigate flight risk out of Macau.

The case of a man who allegedly blackmailed his ex-girlfriend with a 5-second sex video has been presented to the Public Prosecutions Office for further investigation, announced the Public Security Police Force.

The police explained that the 28-year-old local insurance agent was trying to reinstate a romantic relationship with the victim, who is in her 20s. They spent nine months living together in a Taipa apartment. After they broke up, the suspect contacted the victim through Chinese messaging app WeChat, asking the victim to return to the apartment.

Without receiving a reply, on the following day, the suspect texted the victim on social media with a 5-second video enclosed.

Worrying that the video would be publicized, the victim returned to the Taipa apartment the night she received the video to resolve the situation. After she refused to restore the relationship, she was assaulted by the suspect.

After the victim reported the case to the police, the man was arrested. He has admitted to the filming and claimed it was done with mutual consent. Police have seized the suspect’s computer for investigation. Staff reporters