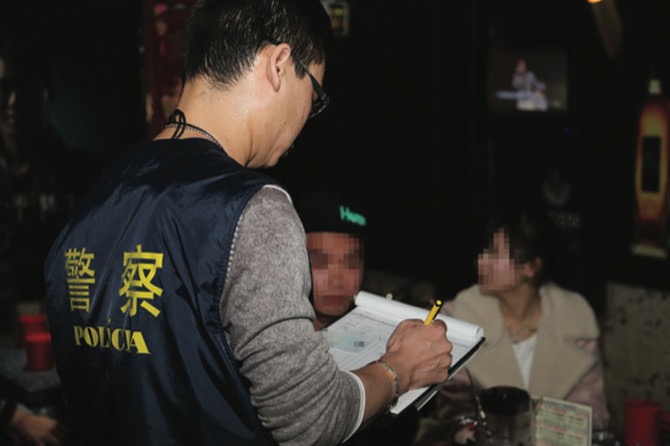 Two schoolgirls were raped last week, the Judiciary Police (PJ) informed yesterday at the joint press conference for police authorities held at the Public Security Police Force (PSP) facilities. The cases, although unrelated, were reported at a similar period of time and each involved a six-year-old child.

The first case was brought to the police by the child and her father on June 30 when they filed a complaint.

According to the victim, the incident occurred a few weeks before, at a date she could not precisely recall, while returning home from school and urgently needing to use the bathroom. While entering the Patane-area apartment building where she lives, the child decided she could not wait to go up to her family’s apartment and so decided to use the toilet located on the ground floor inside the janitor’s room.
A few moments later, she said that the janitor suddenly pushed open the door, entered the toilet and started to sexually harass her. She said that the man violated her genitalia, before she managed to flee from the place.
She said she was very scared and in shock and could not resist the 55-year-old man, a non-resident worker and one of the people that usually performs security and cleaning duties in the building.

On June 30, she finally managed to break her silence and tell the story to the father that rushed to the PJ to file the complaint.

On the same day, around 5:30 p.m., PJ officers went to the location and detained the suspect for questioning. After the investigation, he confessed to having committed the crime and his case was forwarded to the Public Prosecutions Office (MP) under the accusation of aggravated rape, the spokesperson said, as the victim is a minor.

In the second case, reported on June 28, the PJ received a case forwarded by the PSP for investigation.

According to the initial report filed by the mother of the victim, on June 27 she had left her house at Estrada da Areia Preta as usual for work, leaving the daughter with her father, a 33-year-old local man.

On the following day, around 7:30 a.m., when the mother returned home from work, she wanted to take the girl to school but her child said she was feeling unwell and had pain when urinating.

The mother tried to question her on what had happened and the girl said that the father had raped her while she was asleep.

The mother said she did not press charges immediately because it was school final exam day, so she took the girl to school. In the meanwhile, the suspect left Macau and traveled to mainland China.

After school, the mother then took the daughter to the police station where they filed the complaint.

On the morning of June 29, while the suspect was reentering Macau via the Border Gate checkpoint, he was intercepted and taken into questioning.

During the investigation, he confessed to the crime claiming to have been under the influence of alcohol that night.
Further medical examination also found that girl had some blood marks and her genitalia was swollen, reason considered, together with the confession from the father, as enough evidence of the rape.

Like in the first case, the case was also forwarded to the MP where the suspect was accused of aggravated rape.