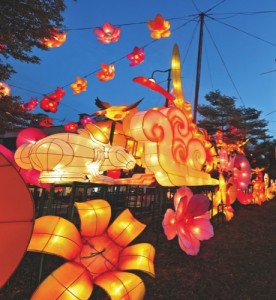 The Macau Residue System Company (CSR) revealed that it has collected almost four tons of rubbish from the Mid-Autumn Festival night, around two-thirds less than last year’s 11 tons.
CSR has dispatched 60 workers to collect the trash left behind by people who viewed the moon at more than 10 spots throughout Macau.
Out of all the moon viewing locations, the amount of rubbish collected at Hac Sa beach, the Outer Harbour water reservoir and Bacia Norte do Patane was the highest.
Hong Cheong Fai, CSR’s general manager, told TDM yesterday that the reduction may be due to the weather and the fact that residents have gained a better sense of hygiene.
“The weather was not good last night [September 8] and it rained several times (…) The cleanliness throughout these past few years has been improving. Especially as there was only very few wax burning cases last night”, he said.
Mr Hong also added that the workload for cleaners was not as heavy as it was in the previous years.
Additionally, the CSR general manager said that on average the company collects more than 900 tons of trash in Macau every day. He also suggested that among all the festivals, the Chinese Ghost Festival is the day when CSR collects the most rubbish.
The local waste management concessionaire started its new contract on April 1 after the previous concession contract ended in 2011.
Hong Cheong Fai revealed that CSR has released bonuses to its employees. He also said that the company will finish installing rear covers for its garbage collection trucks in October. JPL