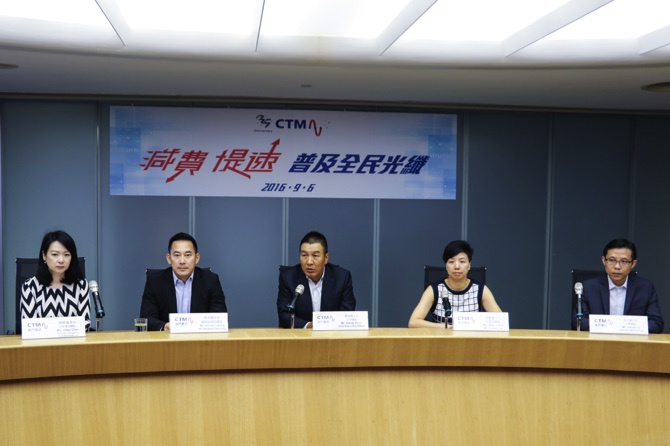 CTM is expecting that, the government will demand more from telecom operators for future concession contracts, the company’s chief executive officer Vandy Poon stated when questioned by the Times on the sidelines of the company’s press conference held yesterday.
“Life is getting tougher every day and for everybody but whatever we agree is for us to perform a role professionally and [satisfactorily] to society,” said Poon. Although the company has not clearly stated a position on the renewal of the current concession contract, Poon expects CTM’s role in Macau to be continued. “That’s our endeavor,” he remarked, adding that the company together with the government and regulators have been working to achieve the necessary adjustments to the concession agreement.
“We have been working together with the government and with the involvement of the Secretary Raimundo do Rosario and we [CTM] and our shareholder CITIC have clearly agreed that we stand by to execute all necessary to fulfill and support the obligations and responsibilities that arrive from the telecom role that we play, including the contract,” the CTM CEO said.
The main purpose of the press conference was to introduce new Internet access packages that aim to deliver to consumers “greater speed and a better price”. The company also stated that its ambition is to make data transmission through optic fiber available “to all”, thus reducing current irritants that according to Poon are mostly due to physical issues and weather related problems that affect the ADSL lines.
The company was also questioned by the press if the new tariffs and speed packages presented yesterday were due to the criticism leveled by the Legislative Assembly (AL) plenary sessions. Many lawmakers criticized the company and the government’s lack of action toward CTM’s commercial decisions, which they claim to be related to the “monopoly” of the company in the field.
In response, Poon refuted the idea saying: “We also collectively try to reduce the price to make it more reasonable and increase business opportunities. We are not taking a passive step.” He added that CTM has been working on this commercial step since the beginning of this year.
“This is not the first time that CTM reduces tariffs on Internet and broadband. We have being doing this regularly with the government and since the beginning of the year, independently of the opinions of the Legislative Assembly,” Poon noted, additionally remarking that the company “is hearing carefully the voices” of the society.
The chief executive officer of CTM also refuted the idea that has been raised a number of times referring to the company “blocking” market entry for other competitors and as such preventing the “market liberalization” ordered by the government.
“We have never stopped any new entrant coming into Macau. As a matter of fact CTM has done nothing to stop market liberalization and new license issuing done by the government. We have collaborated, embraced and created conditions for the new entrants to enter the market without any resistance,” Poon said.
According to the information provided by the CTM during the press conference, the new tariffs will lower the prices of the Internet by 24 percent on average and increase the speed by four times.
The new tariffs are applicable for both upgrades and for new clients and will be in force from next October 1. In order to promote the optic fiber the company will also waive the installation fee.
According to the CEO the measure involves a potential loss for the company that could account for as much as 20 percent of its turnover for the last quarter of 2016, a situation that Poon hopes not to be too significant due to a potential increase in client numbers.