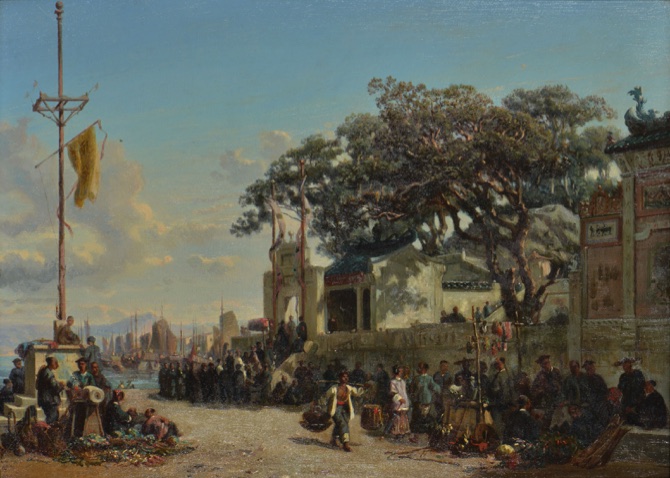 An exhibition celebrating the French painter and traveler Auguste Borget (1808-1877) was inaugurated and opened last night at the Macao Museum of Art (MAM), in collaboration with the Consul General of France in Hong Kong and Macau and Alliance Française de Macao.
Showcasing over 120 works of art, the exhibition, titled “Auguste Borget: A Painter-Traveler on the South China Coast,” is part of “Le French May” event. It tracks the artist’s journeys in Macau and Hong Kong, and Guangdong and Fujian Provinces during 1838.
His paintings show a traditional southern China from a by-gone era, almost unrecognizable today.
“Borget depicts the lives of people in the South China Sea area in the times [in which he lived],” explained Weng Chao, the curator of MAM. “For us it’s a record; a retrospective look at the Macau of the 19th century and other areas in the South China area, and what people in the West thought in those times.”
The French-born artist spent approximately 10 months in China in 1838, of which about eight were spent in Macau. From this 10-month foray into southern China, Borget produced a host of realist drawings and paintings that today represent a cultural legacy of the customs and traditions of the region.
“Borget is from the period in which [Western] artists were traveling all around the world,” said Eric Berti, Consul General of France in Hong Kong and Macau, who attended the inauguration event. “China was still largely an unknown world [for the Westerners] at that time. Few people had been there and few [of those who had visited] had been outside Canton [Guangdong].”
“Borget documented what he saw in the Chinese way of life and during his travels in China. This beautiful exhibition will invite visitors to have a glimpse of Macau in those days,” added Berti who seemed genuinely fascinated by the works exhibited at MAM.
The title of piece of the exhibition, which is plastered on the walls as visitors enter the 2nd floor gallery of MAM, is called “A-Ma Temple, Macao” and was created in 1840 before being acquired by the King of France, Louis Philippe I. The oil painting is impressively detailed and colorful in its scope, depicting a number of people and activities outside of the entrance to the temple.
“The style includes hints of orientalism [but] I can see that that artist has a lot of respect for Asian cultures, as evidenced by his paintings,” said Berti as he studied the painting last night. “It’s so precise and detailed,” he added.
A MAM employee explained to the Times that Borget’s particular style involved alternating dark and light tones.
“You cannot get bored looking at his paintings,” she said, “he used watercolor and oil paints to depict his scenes and normally [employed] a rhythm in his use of tones.”
“What is interesting is that, had he been born 20 years later, this might have been a photograph [instead of a painting],” observed Eric Berti.
The curator of the museum, Weng, said that Borget had a particular fascination with the A-Ma Temple, having described its architecture as the “world’s most beautiful.”
He had particularly admired the circular cut-out in the temple’s wall, or “moon gate,” and frequently painted himself sitting in that space in his works, she added.
The piece is accompanied by a quote attributed to Borget in 1839: “It’s so hard to describe the Chinese objects in European language, not to mention the Great Temple of Macau [A-Ma Temple], surely the most beautiful wonder I saw on this earth.”
“I come almost every day to this place,” the quote continues, “instead of being impressive by its grandeur, it draws attention by the smallness of its proportions and especially because of its eminent Chinese characteristics.”
“[These sorts of comments] help us to gain new perspective between old and new and become more familiar with Macau’s history,” said Weng, though she admitted that artists such as Borget are still not well-known in Macau.
Andrew Yuen, the chairman of the board of “Le French May,” said that the exhibition has been “highly anticipated” and that the artist “should hold a special place in the hearts of our friends in Macau.”
Meanwhile, the president of the Cultural Affairs Bureau, Ung Vai Meng, who was also present to officiate the ceremony, said that the exhibition and the painter were testimony to a “legacy of Sino-Western exchange.”
The exhibition will be open to the public until October 9. 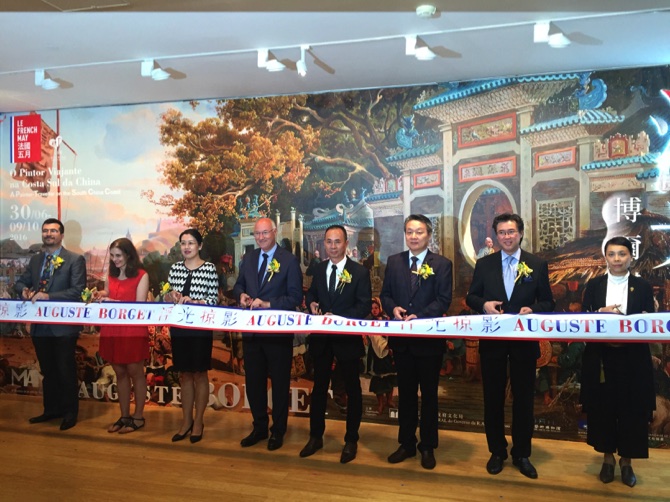 Distinguished guests cut the ribbon marking the opening of the exhibition 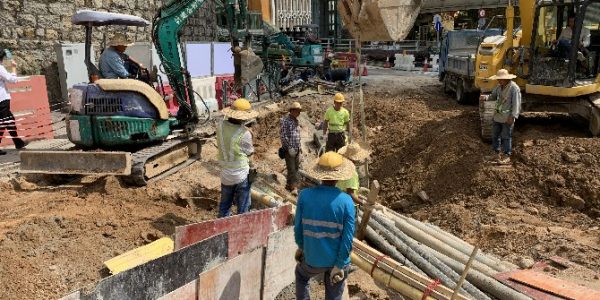 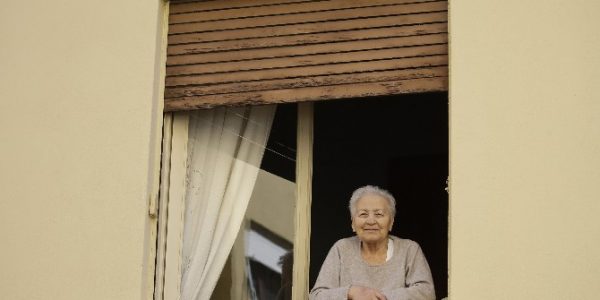 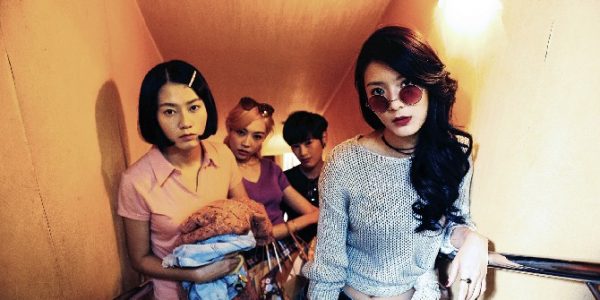