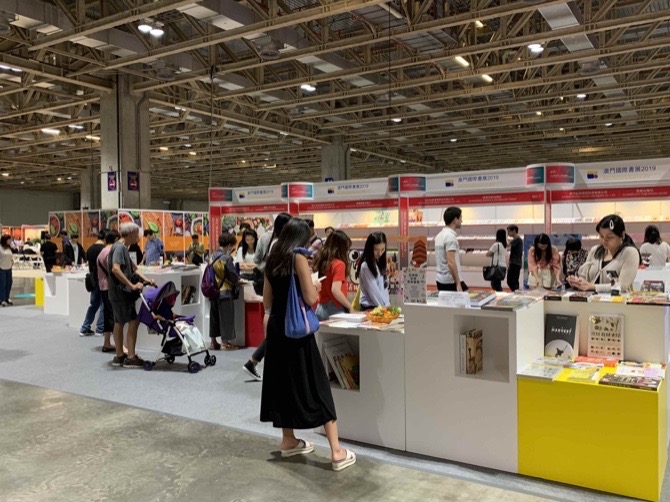 Four in every 10 books exhibited during the Macao International Book Fair 2019 were sold during the four-day event, according to organizers. They also said that the fair attracted more than 12,000 visitors, more than 250 publishers and gourmet chefs from around the world, and generated on-site sales and advance deposits of about MOP300,000.

Featured in the “2nd Encounter in Macao – Arts and Cultural Festival between China and Portuguese-speaking Countries”, the book fair was themed “A Taste of Macao”.

It was jointly organized by the Cultural Affairs Bureau and the China National Publications Import & Export (Group) Corporation, with the aim of collecting Chinese and Portuguese literature as “as a medium to gather friends from around the world.”

During the book fair, more than 50 activities were held, with the participation of 69 publishers from 26 countries and regions, including eight Portuguese-speaking countries such as Portugal, Brazil, Angola, Mozambique and Cape Verde, as well as publishers from Europe, Southeast Asia and South America.

Some exhibitors were dressed in national costumes to introduce their local food culture and communicate with the public.

During the book fair, several book launches were held, including for the “Oral History of Macao Series” and a picture album of Zhuhai.

As a way of encouraging a culture of reading and promoting cultural exchange, some overseas exhibitors will donate more than 100 Chinese and foreign food publications to the public libraries and university libraries in Macau, according to the organizers of the book fair. DB