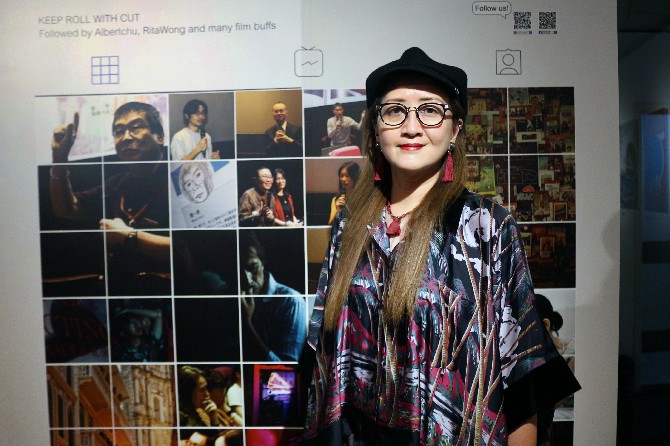 The former operator of the Cinematheque Passion, CUT Limited, is making a bid to continue serving as a platform to showcase local talent, and to increase international connections with those abroad who can contribute to their development, the director of the audiovisual company, Rita Wong, told the Times.
“We don’t have many resources, but we don’t want to stop here. We want to continue to do our work and to strive to do this, not just as a job but as our passion,” Wong said.
From the end of October to early November, CUT will hold the fifth Kino – German Film Festival, Macau.
“We have been bringing this festival to Macau since 2016, even before the Cinematheque was open, and this year will be its fifth festival,” Wong said. The company is happy to be able to host the festival, especially as the Hong Kong version of the festival was canceled due to “several uncertainties.”
“We are continuing the Macau version. Maybe this year will be a little bit smaller [compared to previous festivals] but we are still bringing many new German films and also classic ones,” she said. The full festival program will be released around mid-October.
After Kino Festival, Wong says that CUT is aiming to host a brand-new monthly event, which has tentatively been named “CUT Friday” for now. One Friday every month will be dedicated to world cinema to showcase indie films.
“We have been dedicated to programming for many years and we now know the tastes of the audience in Macau, so we want to bring them some surprises every month with these Friday screenings,” the CUT director said. Guest speakers, with whom the audience can interact before or after the movie, will also be invited, making this an opportunity to learn and discuss ideas.
“This is the most joyous part of watching movies. Nowadays we can enjoy movies at home all the time, but the reason we go out to do so is because we want to meet people, connect with them and exchange ideas. I find this particularly important, especially after this [Covid-19] situation where people have to keep a distance between themselves,” Wong said. However, now that the necessary safety measures have been fulfilled, it is time to start to reconnect, she noted.
Wong has other new ideas for 2021, such as events for families with young children.
As she explained to the Times, the family event will not be dedicated to children’s movies, but to movies that can be seen by the whole family and can be paired with other activities.
“We want to create something that is good for families. Families can come to enjoy the movie but also a range of activities that may be different every time. One time maybe it can be some painting activity, another time music or other activities.”
“The idea is to spark the creativity of the young ones and passion for movies at a young age. Maybe if they learn how to love cinema at an early age, they can start in this industry earlier and maybe they can even find their career path in this industry as well.”
The event held yesterday was CUT’s first event after having to halt the operation of the Cinematheque Passion. “Keep Roll with CUT Film Day” was held to showcase the local talent that has been involved in CUT’s operations over the last few years. It included an exhibition of event posters created by local creators showcasing CUT’s work over the years, as well as a live music performance and two short film screenings held at Casa Garden’s outdoor area.